Ofwat is proposing to increase the fees it charges water and sewerage companies to help pay for its next price review. The regulator is changing the way it performs the […] 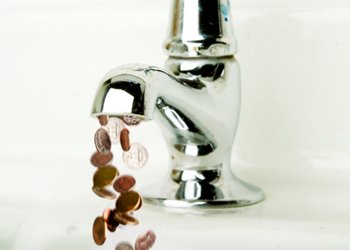 Ofwat is proposing to increase the fees it charges water and sewerage companies to help pay for its next price review.

The regulator is changing the way it performs the reviews and says it now needs more money for the next one in 2014.

The reviews are paid for with charges levied on the companies based on their turnover but the amount Ofwat can recover is limited by a cap contained within their operating licences.

The cap is currently set at 0.1% of turnover but Ofwat wants to raise the limit to 0.3%. The regulator said a modification to the companies’ licences would allow it to bring in up to £18 million of extra income in 2014-15 to pay for the upcoming review.

It said charges would be reduced the following year but added it wanted to keep the modification in place to allow it to pay for later reviews with greater ease.

Ofwat has set a deadline of 29th November for stakeholders to respond to the proposal.