Fishermen were left reeling when an offshore wind farm owner slapped a court injunction against boats entering waters due to hold wind turbines on Monday. Norfolk fishing boats are prevented […] 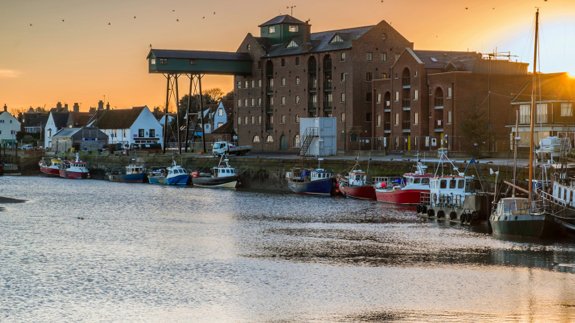 Fishermen were left reeling when an offshore wind farm owner slapped a court injunction against boats entering waters due to hold wind turbines on Monday.

Norfolk fishing boats are prevented from entering an area near the planned Race Bank wind farm because the wind power company DONG Energy wants to run surveys of the seabed.

Race Bank is to be built 17 miles off the Norfolk coast and is expected to be ready by 2017.

Court documents seen by ELN specify any persons using “fishing gear or other related equipment… including but not limited to pots, ropes, buoys, nets and lines” from entering a set area between 15 August 2014 and 22 October 2014.

Breaching the order could result in imprisonment, fines or having assets seized, the documents warned.

Barrie Deas, Chief Executive of the National Federation of Fishermen’s Organisations (NFFO) likened using a high court injunction to “using a sledgehammer to crack a nut”.

He said: “Fishermen have a legitimate right to fish on their customary grounds.”

Court action has been rare in the last 30 years, suggested Mr Deas: “We can usually sort out an amicable arrangement that compensates fishermen for losing temporary or permanent access to their fishing areas.”

He speculated: “It seems DONG Energy has left insufficient time to reach agreement with local fishermen and there has been a regrettable breakdown in dialogue.”

Despite talks between fishermen and the wind firm since May, the two parties were unable to agree on a compensation package.

It is unclear why, as DONG Energy could not go into details of what the sticking points were.

But a spokesperson described the court action as a “last resort”.

They said: “It is very unusual for us not to reach agreement on a displacement package with affected local parties.

“However, while we are still trying to reach an agreement with local fisherman in the Wash, we also have to progress with our offshore geophysical surveys to comply with the terms of our agreement for lease with The Crown Estate who control access to the seabed.”

Talks will continue with the fishing community in the meantime, “with a view to reaching an agreement over our current and final displacement offer”, added the spokesperson.

DONG Energy bought Race Bank wind farm from Centrica last year for £50 million. Centrica had reportedly been planning to ditch the 580MW wind project – big enough to power around 450,000 homes – because subsidies were too low.