New government needs to be green

The new government has been urged to act quickly to secure clean energy supplies and take the environment seriously by UK charities and businesses. RenewableUK’s Chief Executive, Maria McCaffery, said: […] 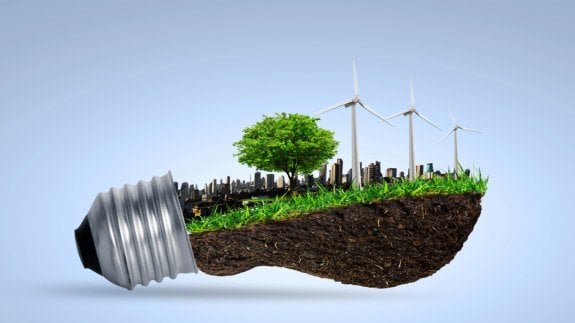 The new government has been urged to act quickly to secure clean energy supplies and take the environment seriously by UK charities and businesses.

RenewableUK’s Chief Executive, Maria McCaffery, said: “We hope that one of the new Government’s priorities will be to act quickly to secure our home-grown energy supplies based on clean sources including wind, wave and tidal power.

She also said the Tories should remember the importance of onshore wind as it’s cost effective, supported two-thirds by the public and could be one of the cheapest power sources by 2020.

She added: “The most important signal that the government could send to show that it’s serious about cleaning up the way we generate electricity would be to set a clear 2030 decarbonisation target to provide long term certainty.

“This would attract the investment needed for growth.”

Animal and environmental charity WWF said the government needs to be greener and this “needs to be led from the top” with the Prime Minister and Chancellor as “vocal champions of green growth”.

The charity’s Chief Executive, David Nussbaum said: “The Conservative manifesto contained some strong proposals to protect our natural resources and put Britain on course for more sustainable growth, including the promise of leadership on climate change and a 25 year plan for nature’s recovery”, amongst others.

“The new administration must demonstrate that these pledges were more than ink on paper and that they will be taken forward quickly.”

Friends of the Earth also urged the government to keep its pre-election promises.

Friends of the Earth’s Chief Executive Andy Atkins said: “David Cameron promised shortly before the election to cut carbon as set out in the Climate Change Act and to phase out coal from our energy system – he must now act on these commitments.

“A positive step towards reviving nature in the UK would be for him to champion a stronger action plan to save bees.

“Voters across the political spectrum will be now looking to the PM to rediscover his inner husky and take action to prevent dangerous climate change and the decline in nature.”

Meanwhile a spokesperson for electricity producers, EnergyUK, said: “Energy UK and its members aim to form a positive working relationship with the new administration that helps deliver effective long-term decisions and energy policies which meet the needs of the whole country, the energy sector and all its customers.”