The UK economy has saved more than £1 million a day by cycling and walking. That’s the equivalent of more than £7 billion in total since the National Cycle Network was created […] 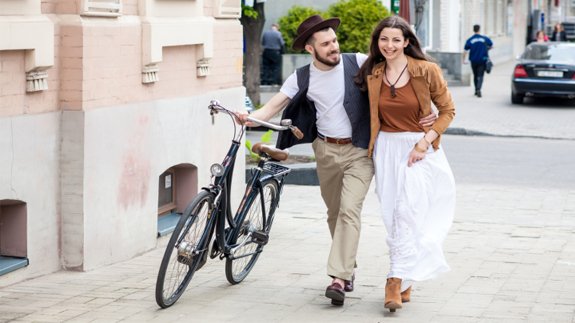 The UK economy has saved more than £1 million a day by cycling and walking.

That’s the equivalent of more than £7 billion in total since the National Cycle Network was created 20 years ago, a new report claims.

The savings have been made as a result of improved health and reduced congestion, pollution and greenhouse gas emissions.

Physical inactivity costs the UK economy around £20 billion every year and air pollution kills 29,000 people a year, according to the report.

Sustrans, a British charity which promotes sustainable transport, is calling on the UK Government to “press on with developing its Cycling and Walking Investment Strategy” to cut carbon emissions.

Dr Penny Woods, Chief Executive of the British Lung Foundation, said: “Even though cars are responsible for 70% of air pollution in urban areas, this is still how more than two thirds of people choose to make journeys of between one and five miles.

“We therefore urgently need to look at ways in which we can support more people to make these shorter journeys by bike or on foot if they are able.”

The report adds more than £6 billion of the savings have come from cutting health costs – as a result of people walking and cycling more of their journeys.

In the past year the Network saved the UK economy £162 million and  the NHS £22 million by reducing obesity, it claims.

The charity said: “Our research has shown if we doubled the number of local journeys already being made by foot, bike and public transport the economy would benefit from over £110 billion over the next 30 years from the impact on health alone.”