China is to invest £6 billion to build a new nuclear power station at Hinkley Point in the UK. EDF Energy, which is developing the project, signed an agreement with […] 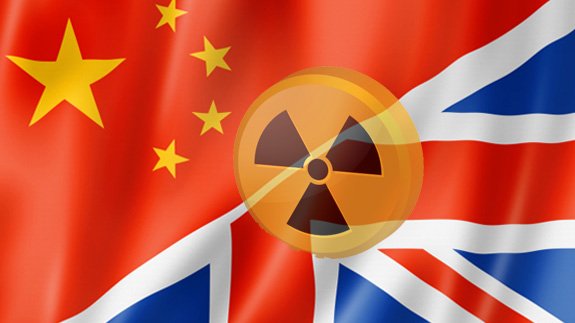 China is to invest £6 billion to build a new nuclear power station at Hinkley Point in the UK.

EDF Energy, which is developing the project, signed an agreement with China General Nuclear Power Corporation (CGN) for two reactors in Somerset.

Prime Minister David Cameron and Chinese President Xi Jinping, who is currently in the UK for a four-day visit, were present during the signing.

The project, estimated to cost £18 billion, is expected to provide low carbon electricity to meet 7% of the UK’s power needs. More than 25,000 jobs are also said to be created.

EDF’s share in Hinkley Point C will be 66.5% and CGN will have a 33.5% share. EDF said it may sell 15% from its stake to other investors but would maintain a majority holding.

The government has set a guaranteed price for power generated from the Hinkley nuclear plant at £92.50 per MWh for 35 years or £89.50 per MWh if a final investment decision is made on Sizewell C.

Critics have argued that could mean higher bills for energy consumers.

Mr Cameron said: “I’m pleased to announce that today we are signing an historic deal to build the Hinkley nuclear power station, providing reliable, affordable energy for nearly six million homes and creating more than 25,000 jobs, all while working together to build a low carbon future.”

Energy Secretary Amber Rudd added the government is “tackling a legacy of under-investment and building energy infrastructure fit for the 21st century”.

She said: “The UK is open for business and this is a good deal for everyone. The government will support new nuclear power stations as we move to a low carbon future. Hinkley Point C will kick start this and is expected to be followed by more nuclear power stations, including Sizewell in Suffolk and Bradwell in Essex. This will provide essential financial and energy security for generations to come.”

The Hinkley power station is expected to start generating power in 2025.

More than £30 billion worth of deals are expected to be struck between the UK and China during the State Visit.