Electric vehicles (EVs) will represent 35% of new car sales globally by 2040. Research by Bloomberg New Energy Finance (BNEF) forecasts around 41 million EVs will be sold during that […] 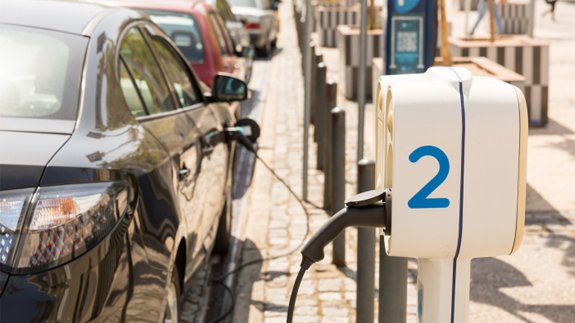 Research by Bloomberg New Energy Finance (BNEF) forecasts around 41 million EVs will be sold during that period.

That would be almost 90 times the figure of 2015 when sales of these type of low carbon cars were estimated to have been 462,000.

Although around 1.3 million EVs have now been sold worldwide they still represented less than 1% of light duty vehicle sales last year, BNEF added.

It believes the growth of EVs will represent a quarter of the cars on the road in the next 24 years, displacing around 13 million barrels per day of crude oil.

They will also use around 1,900TWh of electricity –  equivalent to nearly 8% of global power demand in 2015.

Colin McKerracher, Lead Advanced Transportation Analyst at BNEF said: “At the core of this forecast is the work we have done on EV battery prices. Lithium-ion battery costs have already dropped by 65% since 2010, reaching $350 (£251) per kWh last year. We expect EV battery costs to be well below $120 (£86) per kWh by 2030 and to fall further after that as new chemistries come in.”

Last month ELN spoke to industry experts and manufacturers about the challenges in the EV industry in the UK.