Suez Recycling and Recovery UK Limited has pleaded guilty to six offences at a landfill site in Cornwall. It has been ordered to pay more than £500,000, which includes £180,000 […] 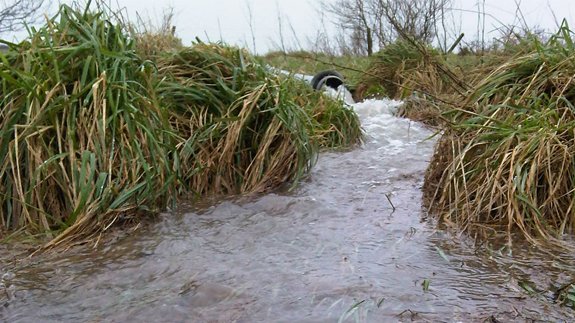 Suez Recycling and Recovery UK Limited has pleaded guilty to six offences at a landfill site in Cornwall.

According to the Agency, heavy rain caused leachate levels “to rise rapidly beyond limits” specified by the Connon Bridge site’s environmental permit in 2012.

In January 2013, officers visited the site and found two nearby watercourses, the Widowpath and Connon Streams “smothered in sewage fungus” for around four kilometres.

The Agency states surface water had been contaminated and leachate had compromised water quality.

The impact of the leachate spillages was monitored and was found to be “the worst outbreak of sewage fungus in the area for 20 years”.

It added: “Suez resorted to unauthorised methods of disposal in an attempt to remove large volumes of contaminated surface water from the site, pumping it into adjacent fields.”

Suez said it “deeply regrets” for not being able to maintain full compliance at the site in 2012 and early 2013 but “pleased the judge recognised that our overall compliance record”.

A spokesperson added: “We have taken steps to improve leachate management at the site in the event there should be a further period of prolonged heavy rainfall. These include reducing the size of the operational area, increasing the use of temporary capping to reduce rainfall entering the waste, upgrading the leachate treatment plant to improve the efficiency and the volume of leachate it can handle and increasing the dedicated extraction of leachate from gas wells.”