Methane increase ‘not necessarily due to rising emissions’

Recent increases in global methane levels are not necessarily due to rising greenhouse gas emissions. It could instead be due to changes in how long methane remains in the atmosphere […] 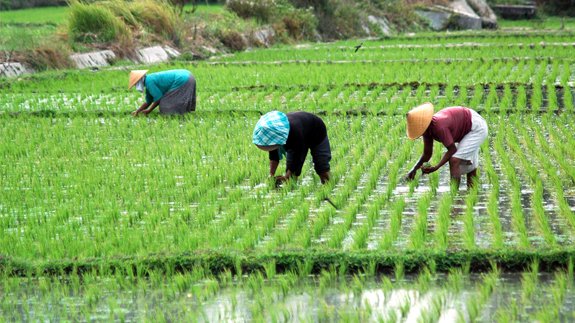 Agriculture is one source of global methane emissions. Image: Shutterstock

Recent increases in global methane levels are not necessarily due to rising greenhouse gas emissions.

It could instead be due to changes in how long methane remains in the atmosphere after it is emitted, according to a new NASA and US Department of Energy-funded study.

Methane is a colourless and odourless gas and the second most important human-produced greenhouse gas after Carbon Dioxide.

It has a wide range of sources, including decomposing biological material and leaks in natural gas pipelines.

The study found the most likely explanation for the recent increase in methane levels is the changes in the availability of the Hydroxyl Radical (OH), which breaks down methane in the atmosphere. The amount of Hydroxyl in the atmosphere has an impact on global methane concentrations.

It adds if global levels of Hydroxyl decrease, global methane concentrations will increase, even if methane emissions remain constant.

Christian Frankenberg, Co-corresponding Author and Associate Professor of Environment Science and Engineering at Caltech said: “Think of the atmosphere like a kitchen sink with the faucet running. When the water level inside the sink rises, that can mean that you’ve opened up the faucet more or it can mean that the drain is blocking up. You have to look at both.”

Mr Frankenberg and his colleagues noted fluctuations in Hydroxyl concentrations can explain some of the recent methane trends.

Statoil is testing a new technology that detects methane leaks at one of its production facilities in the US.