The UK Government seems more concerned with promoting the UN’s Sustainable Development Goals abroad than working with businesses domestically to meet the targets. That’s according to a group of MPs, […] 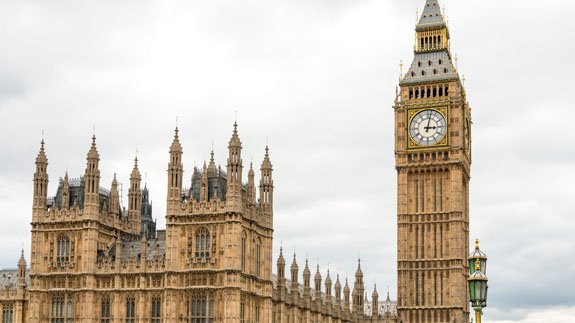 The UK Government seems more concerned with promoting the UN’s Sustainable Development Goals abroad than working with businesses domestically to meet the targets.

That’s according to a group of MPs, who believe the government’s “doughnut-shaped approach” – which is to see the goals as something for the UK to help other countries do, rather than drawing on experiences from other nations – suggests it has “little interest in, or enthusiasm for maximising the opportunities and benefits presented by the goals”.

Also called Global Goals, they were agreed by nations at the UN in 2015, setting targets to end extreme poverty, tackle climate change and reduce inequality by 2030.

The Environmental Audit Committee (EAC) believes the government has undertaken “no substantive work” to promote the goals in the UK and few people have heard of them.

It suggests raising awareness and encouraging engagement by working with the BBC and other national media as part of events like Red Nose Day and Comic Relief to increase the number of people and businesses able to contribute towards meeting the goals.

It adds the government should support those businesses already adopting the goals as well as incentivising others to do so.

The Business & Sustainable Development Commission have estimated the economic benefits of implementing the goals could be worth up to $12 trillion (£9.4tn) by 2030.

The EAC’s report criticises the lack of leadership from Prime Minister Theresa May, suggesting she should take responsibility for the interests of future generations in the UK.

The MPs make a number of recommendations to address the accountability gap:

EAC Chair Mary Creagh MP said: “Ours is the generation which can end poverty and ensure that our children inherit a fairer, healthier and more sustainable country. That is what the Global Goals are all about.

“As the UK leaves the EU, the government has a once in a generation opportunity to use the Global Goals to forge a cross-party consensus on sustainable development in the UK. However, the government seems to regard the goals as a developing world issue and has no clear plan to implement them domestically.”

Last month Ms May said the UK will be at forefront of delivering the UN sustainable development goals.