A record number of office buildings under construction in Oslo, Norway, are being built to achieve high green standards. That’s according to the World Green Building Council (GBC), which suggests […] 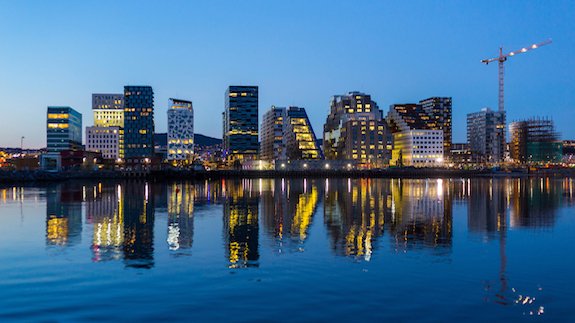 A record number of office buildings under construction in Oslo, Norway, are being built to achieve high green standards.

That’s according to the World Green Building Council (GBC), which suggests 70% of Oslo’s new office buildings have been BREEAM-Norway-certified.

BREEAM is a method of assessing, rating and certifying the sustainability of buildings.

According to the Norwegian GBC (NGBC), when accounting for future projects in planning or those currently under construction, the figure is closer to 100%.

In Oslo and Akershus, Norway’s second largest county by population, there are now around 500,000 square metres of certified office buildings.

Kjersti Folvik, CEO of NGBC said: “In Oslo, environmental certification is now essential to be attractive in the market.

“The stakeholders of commercial buildings are well under way in playing their part in climate responsibility and are already far ahead of public decrees.”

She added the demand for high quality commercial buildings has increased “significantly” in recent years, partly because of certification schemes but also as businesses are increasingly recognising not just the environmental benefits of green buildings but also the social and economic benefits.

Last year WorldGBC launched a new initiative which aims to ensure all buildings are “net zero” by 2050.