A renewable energy and storage group has today opened two new wind farms in Northern Ireland. Gaelectric’s new projects represent a total investment of around £41 million and are expected to generate enough renewable […] 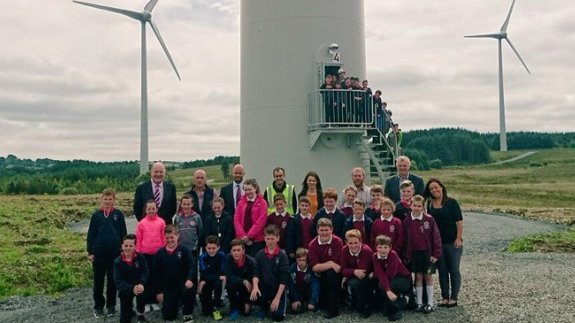 Gaelectric’s new projects represent a total investment of around £41 million and are expected to generate enough renewable power to meet the electricity demand of more than 17,500 homes each year.

Groups from local schools attended the opening of the Inishative and Cregganconroe installations in Pomeroy, County Tyrone, to learn more about how they work.

The wind farms, which together provide 27.5MW of clean power, are the company’s fifth and sixth in the country – Gaelectric aims to install approximately 400MW of capacity by the end of the year.

To date, the projects have created more than 40 full time and part time jobs.

A solar farm claimed to be the largest in Northern Ireland was switched on earlier this year.