Growth in the renewable energy sector is slowing down as a result of policy instability. That’s according to a new report from the Renewable Energy Association (REA), which suggests the […] 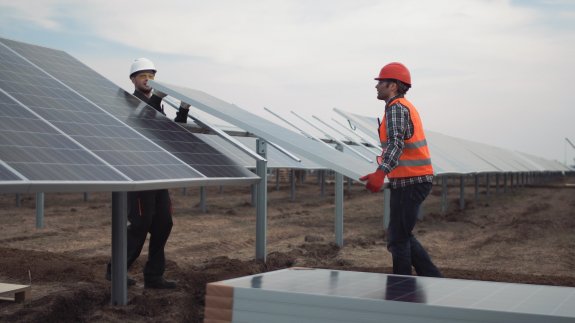 Growth in the renewable energy sector is slowing down as a result of policy instability.

That’s according to a new report from the Renewable Energy Association (REA), which suggests the industry’s turnover growth in 2016 was 3.5% lower than the previous year at £17.4 billion.

This is down on the average figure of around 6% observed each year since 2012.

The rate of jobs growth in the renewables industry has also significantly slowed, falling from nearly 9% two years ago to 2.5% in 2016.

An additional 16,256 people are employed in the energy storage, electric vehicle and cleantech sectors.

The number of companies operating in renewable energy has fallen by 5%, largely due to a significant contraction in the solar market and the REA argues employment and turnover growth have slowed due to a number of negative policy changes made by the government.

These include cuts to the Feed-in Tariff, closure of the Renewables Obligation to onshore wind and solar, reform of the Renewable Heat Incentive, removal of Levy Exemption Certificates and cuts to Embedded Benefits payments.

The REA expects these changes to continue causing detrimental effects in the coming year.

Dr. Nina Skorupska CBE, Chief Executive of the REA said: “It shows real progress that there were nearly 126,000 jobs in renewable energy in 2015/16 – what is deeply frustrating is that this growth could have been greater.

“Policy instability in Westminster has slowed growth. Government action is needed to ensure the opportunity to be leaders in technologies such as energy storage and decentralised systems does not slip between our fingers.”

The UK Government and Ofgem have set out new plans to give householders and businesses more control over their energy use.