The government is proposing changes to how the generation classes of battery storage are de-rated within the Capacity Market (CM). The Department for Business, Energy & Industrial Strategy (BEIS) said […] 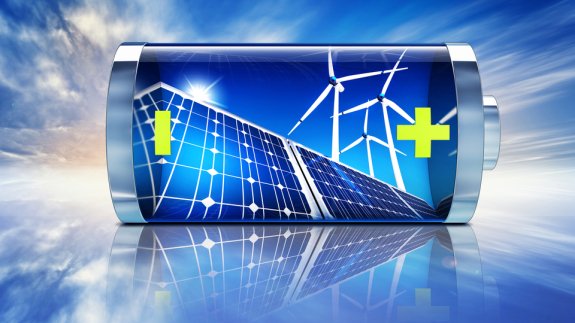 The government is proposing changes to how the generation classes of battery storage are de-rated within the Capacity Market (CM).

The Department for Business, Energy & Industrial Strategy (BEIS) said the changes is in response to concerns raised by stakeholders that the growth of battery storage in the CM has the potential to pose a risk to security of supply if they are unable to generate for the full duration of stress events.

Around 6% or 3.2GW of the contracts awarded in the December auction for delivery in 2020/21 were awarded to storage providers, with around 500MW to new build battery storage projects.

The de-rating factor applied to all of those projects was 96%.

The government is proposing to de-rate storage according to the duration it can generate at its full connection capacity before recharging. The storage technology class would be split into different categories according to duration.

The document states: “Capacity Providers would be able to self-select, at pre-qualification, the duration category and associated de-rating factor that should apply to them, although there would be transitional provisions for the upcoming round of auctions.

“The government is considering options for verifying the duration of storage CMUs [Capacity Market Units], including provision of manufacturer guarantees and amendments to Satisfactory Performance Days.”

BEIS believes the proposed change would ensure storage capacity is “rewarded appropriately” and reduce the risk of insufficient capacity being secured.

Unproven DSR would have to complete tests earlier to avoid the risks of last minute dropouts.

Currently, metering and testing deadlines take place only just before the start of the delivery year, “allowing the maximum possible amount of time for DSR aggregators to reach firm agreements with customers”.

BEIS believes this could mean that when a project fails, it is not known until very late in the day.

The document adds: “The government has no wish to cut across the commercial development of this important resource but at the same time would like to see clearer, earlier evidence of the delivery progress of this capacity so that it can make a robust assessment in time to replace any lost capacity at the point of the T-1 auctions.”

Each CMU must complete three SPDs during winter of the relevant delivery year and failure to do so results in suspension of capacity payments until three further SPDs are completed either in the same delivery year or in a subsequent delivery year.

A CMU can therefore retain a capacity agreement indefinitely despite failing to demonstrate its capacity to fulfil its obligations.

BEIS believes the current requirements are not structured to ensure performance remains satisfactory across the entire winter period.

It is therefore proposing to oblige the SPDs to be completed within the same delivery year, with at least one taking place between January and April and introduce a termination event which would be triggered in the event of the failure of all six SPDs.

The consultation will run until 8th September..

The government recently launched the first stage of a £246 million investment into battery technology and unveiled plans to encourage consumers to generate, store and use their own energy.