Greenhouse gases are reportedly being emitted into the atmosphere but aren’t being recorded officially. A BBC investigation alleges “large quantities” of a particular gas are being emitted from a location […] 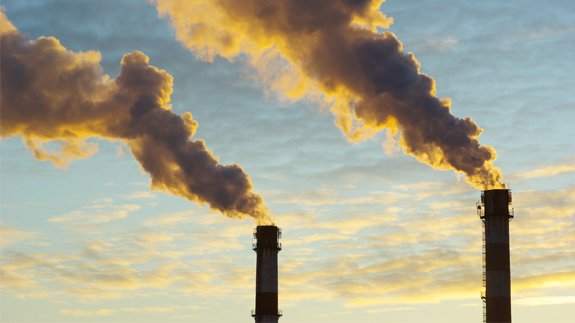 Greenhouse gases are reportedly being emitted into the atmosphere but aren’t being recorded officially.

A BBC investigation alleges “large quantities” of a particular gas are being emitted from a location in Italy, which were detected by air monitors in Switzerland, however official submissions to the UN record “just a tiny amount of the substance being emitted”.

Researchers believe climate-warming gases not being recorded in official inventories are a “bigger threat” to the Paris climate deal than US President Donald Trump’s intention to withdraw from the agreement.

The investigation found Swiss scientists had recorded samples of a potent gas called HFC-23 – produced by fridges and air conditioning units – coming from a location in northern Italy between 2008 and 2010 and the data was published in 2011.

However, it claims scientists at the Jungfraujoch Swiss air monitoring station suggest the gas is still being emitted into the atmosphere.

Dr Stefan Reimann from the Swiss Federal Laboratories for Materials Science and Technology told the BBC: “Our estimate for this location in Italy is about 60-80 tonnes of this substance being emitted every year. then we can compare this with the Italian emission inventory and that is quite interesting because the official inventory says below 10 tonnes or in the region of two to three tonnes.

“They actually say it is happening but they don’t think it is happening as much as we see… Just to put it into perspective, this greenhouse gas is thousands of times stronger than CO2.”

The Italian environment agency told the BBC it did not accept the Swiss figures as its inventory was correct and complied with UN regulations.

The investigation also claims the amount of emissions from China and India are “uncertain that experts say their records are plus or minus 100%”.

It adds there are “vast uncertainties” in carbon emissions inventories, particularly in developing countries.