A wave energy developer has raised $3 million (£2.3m) in its second round of fundraising. This gives Eco Wave Power (EWP) a pre-money valuation of $40 million (£31m), an increase […] 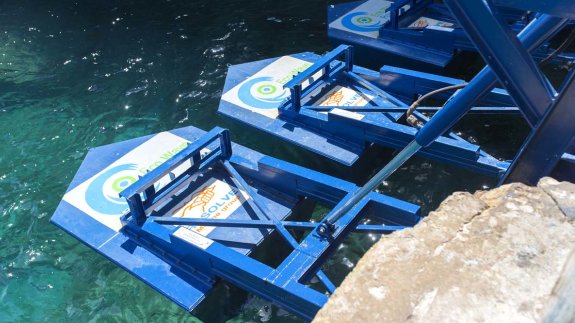 A wave energy developer has raised $3 million (£2.3m) in its second round of fundraising.

This gives Eco Wave Power (EWP) a pre-money valuation of $40 million (£31m), an increase of 3.5 times on the company’s worth during its first round.

The latest funds secured will be used to expand the renewable energy firm’s team and are expected to enable the faster delivery of EWP’s 130MW of planned projects.

The company says speeding up its pipeline of future work is necessary to support its stable growth and expansion strategy.

EWP also plans to launch its final round of fundraising within the next month – this will be followed by its Initial Public Offering (IPO), which is due to take place in 2018.

The Israel-based firm has already produced electricity from the waves in both its Jaffa Port facility, which has now been operational for more than three years and also a grid-connected power plant array in Gibraltar.

David Leb and Inna Braverman, Co-Founders of EWP, said: “This new investment is another vote of confidence in Eco Wave Power’s global potential, unique technology and our team.

“Our goal is to finalise the commercialisation of our wave energy technology and to execute our 4.1MW power station in Manzanillo in Mexico, the 5MW Power Purchase Agreement in Gibraltar and our whole pipeline, with the help of our global partnerships.”