A smart computer has suggested global warming is more likely to be the result of natural fluctuations rather than caused by the actions of humans. That’s according to scientists John Abbot […] 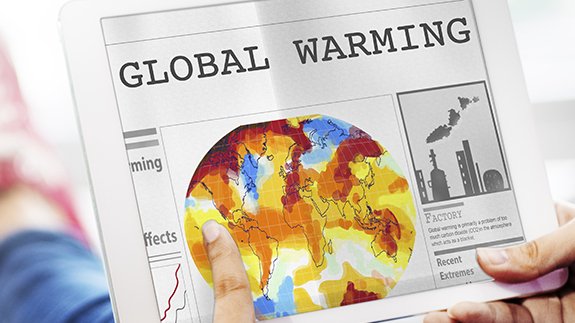 A smart computer has suggested global warming is more likely to be the result of natural fluctuations rather than caused by the actions of humans.

That’s according to scientists John Abbot and Jennifer Marohasy, who created an artificial neural network (ANN) to study historic data and see if temperature fluctuations since the industrial revolution are part of a larger trend or an anomaly.

The ANN, which is a form of machine learning, used measurements such as the rings on trees and the patterns of sea creature shells to work out global temperatures from the period before records began.

It reported back that there are natural cycles, some over a matter of decades, some over centuries and some millennia.

It said these oscillations represented the compound effect of natural phenomena such as changes in oceanic water flows, solar activity and volcanoes.

The machine showed the period from 1880 to the current day – when industrial emissions of carbon dioxide and methane began – generally corresponded with projections made from historic patterns.

Importantly, an upward trend is apparent for the ANN model projection for the 20th century, suggesting the increase in temperature over the last 100 years can be largely attributed to natural phenomena.