Pollution has been linked to nine million deaths a year worldwide, with the UK having one of the worst records of pollution deaths in Europe. A damning new report from […] 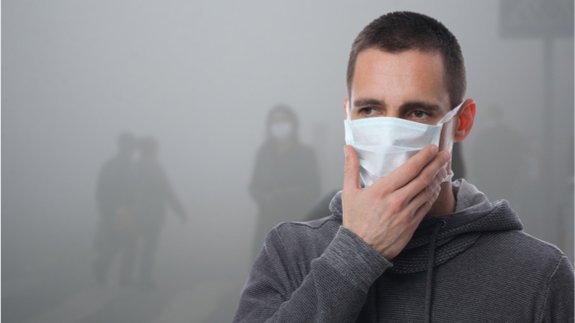 Pollution has been linked to nine million deaths a year worldwide, with the UK having one of the worst records of pollution deaths in Europe.

A damning new report from the Lancet Commission on Pollution and Health reveals pollution is the largest environmental cause of disease and premature deaths, responsible for 16% of all deaths worldwide.

It linked pollution in the UK to 50,000 deaths a year – higher than most of its European neighbours, including France, Germany, Spain and Italy.

That puts it in 55th place out of the 188 countries measured – also behind the US.

The two-year study involving more than 40 international researchers reveals air pollution is the biggest contributor globally, linked to 6.5 million deaths in 2015, including outdoor pollution as well as household air pollution as a result of burning wood, charcoal and coal.

Most of the deaths globally were caused by non-infectious diseases such as heart disease, stroke and lung cancer.

Almost all pollution-related deaths (92%) occur in low and middle-income countries and in rapidly industrialising nations such as India, Pakistan, China, Bangladesh, Madagascar and Kenya.

In 2015, the greatest number of deaths due to pollution occurred in India, with 2.5 million deaths and China, with 1.8 million deaths.

The researchers are calling on policymakers to prioritise pollution as an issue that affects everyone and integrate it into health planning while increasing funding to allow more research into the issue.

Commission Co-lead Professor Philip Landrigan, Icahn School of Medicine at Mount Sinai in the US said: “Pollution is much more than an environmental challenge – it is a profound and pervasive threat that affects many aspects of human health and wellbeing. It deserves the full attention of international leaders, civil society, health professionals and people around the world.

“Despite its far-reaching effects on health, the economy and the environment, pollution has been neglected in the international assistance and the global health agendas and some control strategies have been deeply underfunded.”