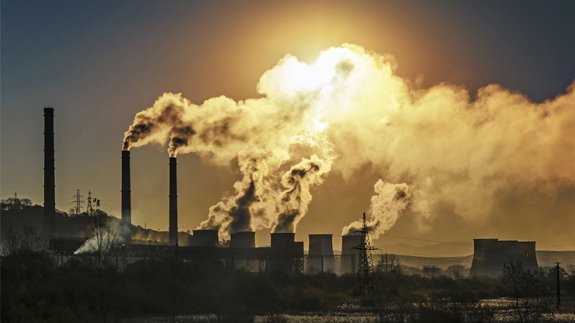 Researchers at the University of East Anglia (UEA) and the Global Carbon Project forecast China to be the main cause of the renewed emissions growth, with a 3.5% projected increase.

The US and EU are however expected to see a decline of 0.4% and 0.2% – but they are smaller declines than during the previous decade.

The use of coal is forecast to increase in China and the US in 2017, reversing their decreases since 2013.

Lead researcher Professor Corinne Le Quéré, Director of the Tyndall Centre for Climate Change Research at UEA said: “Global CO2 emissions appear to be going up strongly once against after a three-year stable period. This is very disappointing.

“This year, we have seen how climate change can amplify the impacts of hurricanes with more intense rainfall, higher sea levels and warmer ocean conditions favouring more powerful storms. This is a window into the future. We need to reach a peak in global emissions in the next few years and drive emissions down rapidly afterwards to address climate change and limit its impacts.”

The World Meteorological Organisation (WMO) has forecast 2017 to be one of the three hottest years on record.