London and the Indian state of Bengaluru are leading a new global partnership of up to 20 other world cities on tackling air pollution in urban centres. The C40 Air […] 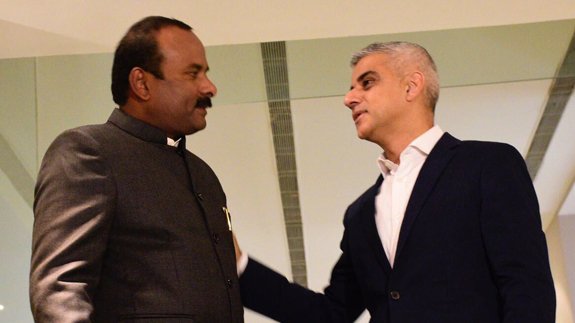 London and the Indian state of Bengaluru are leading a new global partnership of up to 20 other world cities on tackling air pollution in urban centres.

It was announced during Mr Khan’s visit to Delhi, part of a six-day trade mission to India and Pakistan.

They will be used to analyse harmful pollution in up to 1,000 toxic hotspots across the city, including schools, hospitals, construction sites and busy roads.

Results will be used to better target policies, in addition to engaging people in cleaning up London’s air and will be shared with other cities in the network.

Mr Khan said “Air pollution is a global problem that harms the lives of millions of people. Only by working together will we help beat this international health crisis and protect people from breathing in air so filthy it damages their lungs and causes diseases.”