Deforestation could be cutting climate-cooling gases

Deforestation could be warming the climate even more than originally thought. That’s according to an international team of scientists led by the University of Leeds, who have studied the way […] 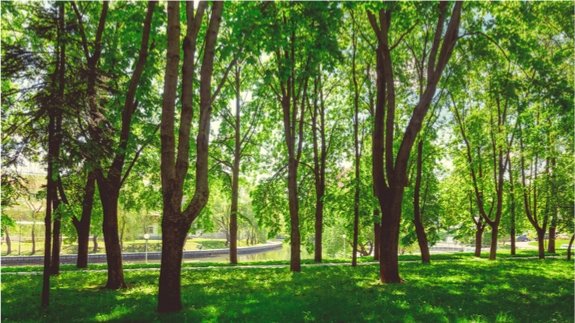 Deforestation could be warming the climate even more than originally thought.

That’s according to an international team of scientists led by the University of Leeds, who have studied the way gases emitted by trees and vegetation can affect the climate.

These gases react with other atmospheric chemicals to form tiny particles, which reflect sunlight back to space, cooling the climate.

This means deforestation can lead to even higher temperatures than previously thought as less of these gases are created.

Lead Author Dr Catherine Scott, from the School of Earth and Environment, said: “Most previous assessments on the climate impacts of deforestation have focused on the amount of carbon dioxide that would be emitted or changes to the way the land-surface exchanges energy and water with the atmosphere.

“But as well as taking in carbon dioxide and giving out oxygen, trees emit other gases that take part in complicated chemical reactions in the atmosphere and there are implications for reducing these gases.”