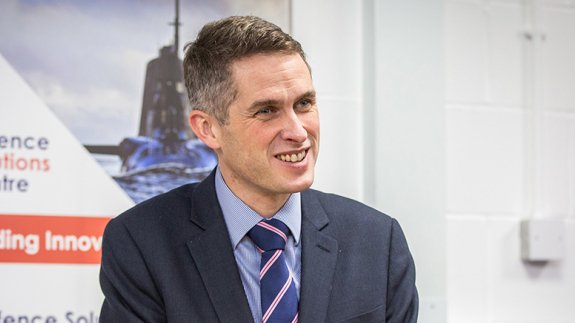 The MP for South Staffordshire has accused Moscow of spying on Britain’s gas and electricity supplies, which if cut, could create “panic” and “chaos” for millions of people.

Mr Williamson referred to undersea interconnectors for electricity and gas, which supply three million homes in the UK, with the number of infrastructure projects expected to increase.

He told the Daily Telegraph that Russia is researching these types of energy connections and would be willing to take action that “any other nation would see as completely unacceptable”.

He said: “Why would they keep photographing and looking at power stations? Why are they looking at the interconnectors that bring so much electricity and so much energy into our country. They are looking at these things because they are saying these are the ways that we can hurt Britain.

“If we lost our interconnectors, which would be something that we know that they are looking at, there would be three million homes without electricity. In a few years time, there will be eight million homes that would be dependent.”

The defence secretary added the plan for Russia “won’t be for landing craft to appear in the South Bay in Scarborough and off Brighton beach”.

He went on: “They are going to be thinking, ‘how can we just cause so much pain to Britain?’