The official championship car was given a private Apostolic Blessing 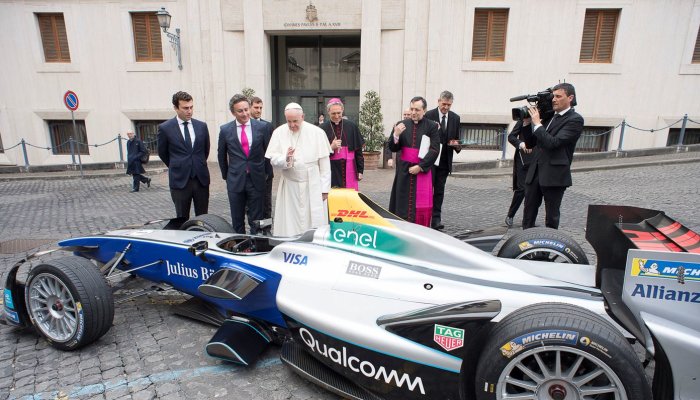 Pope Francis has given his blessing to an electric racing car.

His Holiness welcomed a number of drivers competing in the FIA Formula-E Championship to his residence in Vatican City ahead of the first E-Prix electric race on the streets of Rome on the 14th of April.

The drivers, team representatives and the official championship car were given a private Apostolic Blessing before attending the papal audience.