WHO: Air pollution levels ‘dangerously high’ in many countries 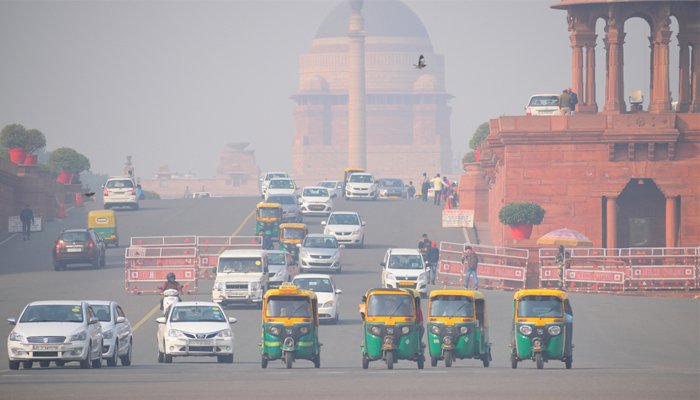 Air pollution levels remain “dangerously high” in many parts of the world, with nine in 10 people breathing air containing high levels of pollutants.

That’s according to the World Health Organisation (WHO), which reveals more than 90% of air pollution-related deaths occur in low and middle-income countries, mainly in Asia and Africa, followed by nations in the Eastern Mediterranean region, Europe and Americas.

Its report found the deaths of around seven million people every year are caused by ambient – or outdoor – and household air pollution.

It is said to be a “critical risk factor” for noncommunicable diseases (NCDs), causing an estimated one-quarter (24%) of all adult deaths from heart disease, 25% from stroke, 43% from chronic obstructive pulmonary disease and 29% from lung cancer.

The Indian city of Delhi and Egypt’s Cairo have been revealed as the world’s most polluted megacities, with average particulate matter (PM) levels at 10 – more than 10 times the guidelines set by WHO.

They are followed by Dhaka, Mumbai and Beijing, with PM concentrations five times the recommended level.

In the UK, more than 30 towns and cities exceed air pollution limits set by WHO, with 31 areas having fine particle air pollution levels above 10 micrograms per cubic metre and 15 areas at that limit.

WHO Director-General Dr Tedros Adhanom Ghebreyesus said: “Air pollution threatens us all but the poorest and most marginalised people bear the brunt of the burden. It is unacceptable that over three billion people – most of them women and children – are still breathing deadly smoke every day from using polluting stoves and fuels in their homes. If we don’t take urgent action on air pollution, we will never come close to achieving sustainable development.”