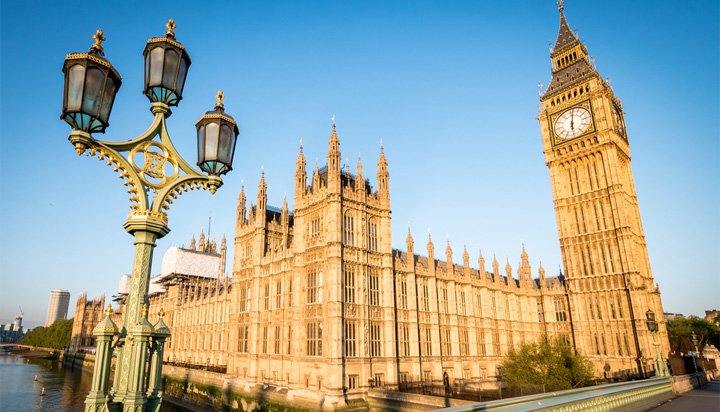 The UK Parliament has announced a crackdown on plastic waste, aiming to drastically reduce its consumption of single-use plastics by 2019.

From coffee cups and straws to plastic bags and water bottles, the new measures are expected to “virtually eliminate” all avoidable plastic waste from both the House of Commons and House of Lords.

A 25p charge will be added to hot drinks served in single-use cups as part of a trial and staff will be encouraged to buy reusable options and will be offered incentives for doing so.

The number of water dispensers will be increased in Parliament from summer 2018 as the sale of plastic water bottles will be banned, removing the 125,000 bottles from its waste annually.

Sauce sachets, which has already been discontinued in the House of Lords, will also be banned in the House of Commons in favour of refillable containers – Parliament currently goes through around 335,000 sachets of condiments per year.

Next year, plastic carrier bags will be phased out in retail outlets on the Parliamentary Estate and will be replaced with paper bags and fabric shopping bags.

Mary Creagh MP, Chair of the Environmental Audit Committee, said: “I am pleased to see Parliament taking action to reduce the amount of single use plastics we use, in response to my committee’s reports. This is an important first step to creating the world’s first plastic-free Parliament.

“Parliament’s action stands in stark contrast to ministers who consult, announce and re-announce but never seem to do anything to turn back the plastic tide. The government [must] follow Parliament’s lead and introduce a ‘latte levy’ for coffee cups, a deposit return scheme for plastic bottles and make sure that those who produce the packaging pay to recycle it.”