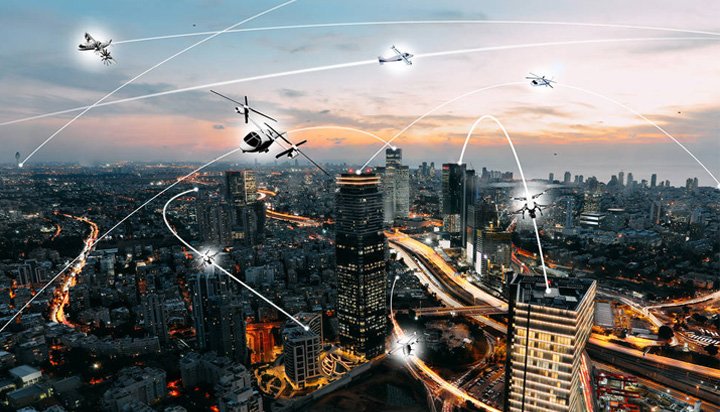 NASA and Uber have joined forces to explore concepts and technologies to get flying electric taxis off the ground.

They have signed a space act agreement, under which Uber will share its plans for implementing an urban aviation rideshare network and NASA will use the latest in airspace management computer modelling and simulation to assess the impacts of small aircraft in crowded environments.

The so-called ‘Urban Air Mobility’ could include everything from small package delivery drones to passenger-carrying air taxis operating over populated areas to reduce congestion.

Uber plans to use electric propulsion so they are zero emission and noise from advanced technologies are expected to be “barely audible” at high altitude, therefore able to operate in large cities as well as small towns.

NASA will use data supplied by Uber to simulate a small passenger-carrying aircraft as it flies through its research facility at the Dallas Fort Worth (DFW) International Airport during peak scheduled air traffic to help identify safety issues.

Jaiwon Shin, Associate Administrator for NASA’s Aeronautics Research Mission Directorate said: “Urban air mobility could revolutionise the way people and cargo move in our cities and fundamentally change our lifestyle much like smart phones have.”