The company is set to install around 42,000 square meters of solar panels at its headquarters in South Korea 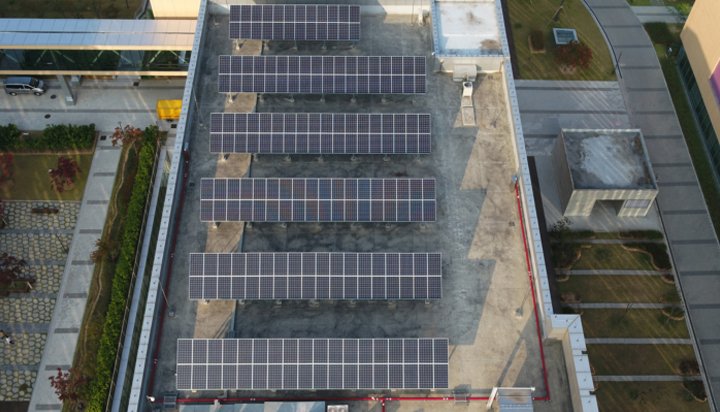 One of Samsung's solar installations in South Korea. Image: Samsung

Electronics giant Samsung has committed to sourcing 100% renewable energy by the end of the decade.

It aims to generate green power for all its factories, office buildings and operational facilities in the US, Europe and China.

The company is set to install around 42,000 square meters of solar panels at its headquarters in Suwon, South Korea as well as add the renewable source and geothermal power generation at its campuses in Pyeongtaek and Hwaseong.