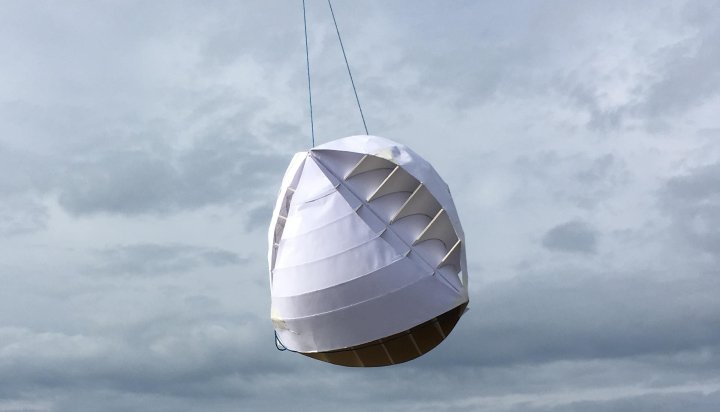 An innovative spinning wind turbine has won a James Dyson award for its clever design.

The O-Wind device, created by Lancaster University MSc students Nicolas Orellana and Yaseen Noorani, is able to harvest energy from both horizontal and vertical winds without requiring steering.

This contrasts with traditional turbines, which can only capture wind travelling in a single direction.

Originally developed as a way of taking advantage of cross-winds to power an exploratory space vehicle, the technology uses a spherical shape covered in vents, allowing it to rotate in the same plane regardless of wind direction.

As it turns, it powers a generator to produce a clean and unlimited source of electricity.

Its developers say its dimensions and shape mean it is very suitable for small-scale energy production by people living in apartments, as it can be fixed outside balconies, potentially powering their living space or earning them extra income.

They say further prototyping and tests will be conducted in order to optimise the device’s performance.