The number of hungry people in the world has been growing, reaching 821m last year – that’s one in every nine people 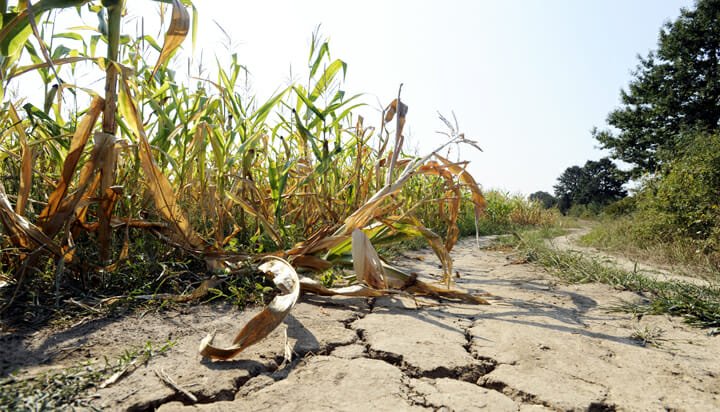 Climate change and extreme weather conditions such as droughts and floods are among the key drivers behind the rise in global hunger.

The warning from the UN’s Food and Agriculture Organisation (FAO) comes in a new report, which adds changes in climate are undermining production of major crops such as wheat, rice and maize in tropical and temperate regions and is expected to worsen as temperatures increase and become more extreme.

It warns hunger has been on the rise over the past three years, “returning to levels from a decade ago” and is therefore urging for more to be done to tackle the issue.

The report states the number of hungry people reached 821 million last year – or one in every nine people and shows the prevalence and number of undernourished people tend to be higher in countries highly exposed to climate extremes.

The FAO adds the harm to agricultural production contributes to shortfalls in food availability, with knock-on effects causing food price hikes and income losses that reduce people’s access to food.

The report states: “Climate variability and extremes are a key driver behind the recent rises in global hunger and one of the leading causes of severe food crises. The changing nature of climate variability and extremes is negatively affecting all dimensions of food security (food availability, access, utilisation and stability), as well as reinforcing other underlying causes of malnutrition related to child care and feeding, health services and environmental health.

“If we are to achieve a world without hunger and malnutrition in all its forms by 2030, it is imperative that we accelerate and scale up actions to strengthen the resilience and adaptive capacity of food systems and people’s livelihoods in response to climate variability and extremes.”