UK and Japanese nuclear agencies team up to share expertise

They have signed an agreement to build on the collaborative relationship to allow exchange of skills, knowledge, research, information and technology 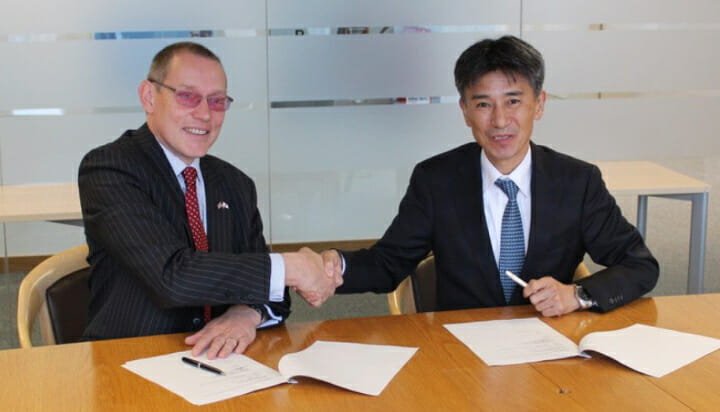 The nuclear agencies in the UK and Japan have joined forces to share expertise in decommissioning and radioactive waste management.

The Nuclear Decommissioning Authority (NDA) and Japan Atomic Energy Agency (JAEA) have signed a new co-operation agreement to build on the collaborative relationship to allow exchange of skills, knowledge, research, information and technology.

The NDA is responsible for cleaning up and decommissioning 17 nuclear sites across the UK, including Sellafield and JAEA is Japan’s research and development institute for nuclear energy.

The latter agency’s work includes the decommissioning of the Monju fast breeder reactor and the Tokai Reprocessing Plant (TRP) as well as research and development to support the decommissioning and environmental restoration of the Fukushima Daiichi Nulcear Power station.

Dr Adrian Simper, NDA’s Strategy and Technology Director said: “The UK nuclear industry, its people, suppliers and its approach to decommissioning has a fantastic pedigree and the NDA is eager to share its expertise with other countries for mutual benefit in progressing our decommissioning and hazard reduction missions.

“We have a long history of working closely alongside our Japanese counterparts – the continuation of this agreement is a natural progression of a long and productive relationship.”