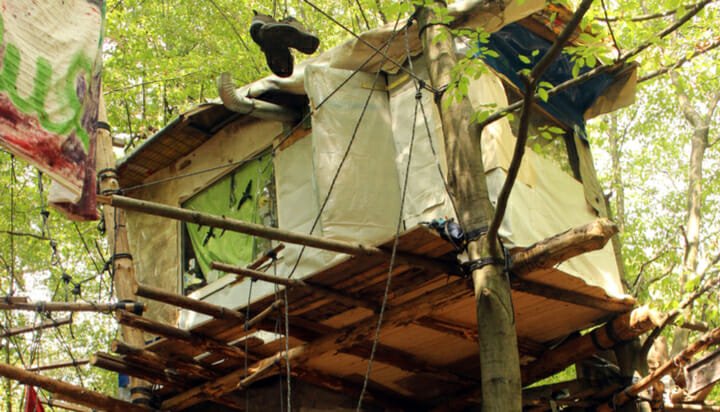 The boss of RWE says the Hambach Forest and its tree house protestors will have to go.

The energy giant wants to raze the German woodland to expand its coal mine in the area and is currently evicting the environmental campaigners living in its trees.

RWE, which owns the forest, plans to begin cutting down trees and clearing space this month – it claims expanding the lignite facility, which is one of the largest in the country, will play a vital part in securing the nation’s demand for reliable baseload power.

However, anti-coal protestors believe preserving the ancient forest is needed to maintain biodiversity and protect the climate.

RWE CEO Rolf Martin Schmitz said there is “no way” the trees will be spared, suggesting his  main responsibility was to the thousands of workers employed by the plant and the German citizens that rely on the power it helps produce.

He added: “There’s no possibility of leaving the forest standing. We need the ground beneath the remaining forest in order to keep the embankments stable.”