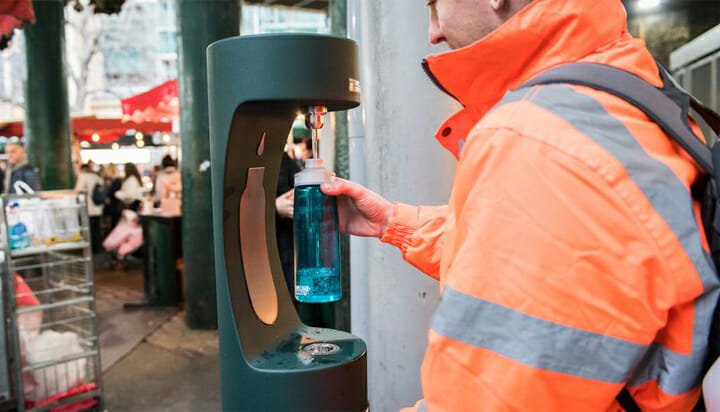 He is inviting councils, businesses and local venues to bid for a share of £5 million, half of which is funded by Thames Water, will be in charge of installing, cleaning and repairing the water fountains.

The average Londoner buys more than three plastic water bottles every week – around 175 bottles a year. Across the UK, a total of around 7.7 billion plastic bottles are bought each year, resulting in a substantial amount of single-use plastic waste.

The new water fountains will be installed from spring 2019 and located in shopping centres, museums, business districts, outside stations and large green spaces.

The network is in addition to the first 20 the mayor is already delivering this year across the capital.

Around 8,000 litres of drinking water – equivalent to 16,000 water bottles – have already been dispensed from the two fountains in Liverpool Street Station alone in less than a month.

Mr Khan said: “There is a real appetite for refilling and I want Londoners to lead the way in topping up on tap water when we’re on the move… The fountains we’ve already delivered this year are attracting thousands of visitors and helping people make small but important changes in reducing plastic consumption.”