Solar takes to the road with successful photovoltaic pathway

The Netherlands’ SolaRoad will now be tested under heavy traffic conditions 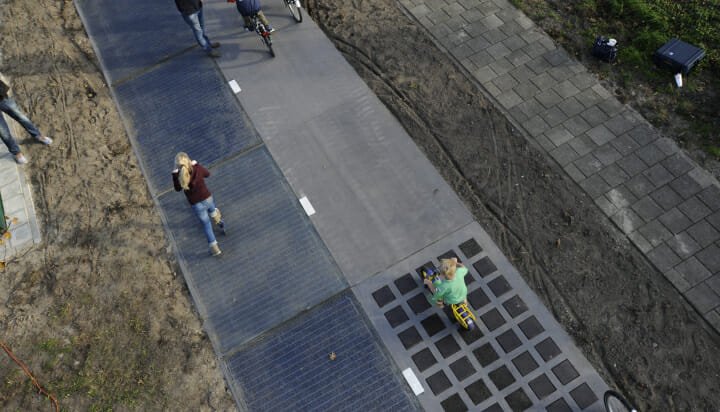 A solar path in the Netherlands has proved successful and will now be trialled with heavier kinds of traffic.

The 90-metre long SolaRoad cycle path near Krommenie was initially opened in October 2014, built by a consortium including the Province of Noord-Holland and Strukton Civiel.

Tests have revealed the top layer is crucial to the path’s success – it must be transparent to efficiently generate energy, as well as be strong and skid-resistant.

SolaRoad will now be extended onto two roads exposed to heavy traffic, to study how it behaves under different loads and to learn about the impact of solar pavement on daily road management and maintenance.

The Province of Noord-Holland is providing €2.7 million (£2.4m) in funding for the pilot project.

Subsidy-free solar will be among the issues discussed at Energy Live Expo on 31st October. To book your place (free if you are an end user), you can send an e-mail to [email protected].