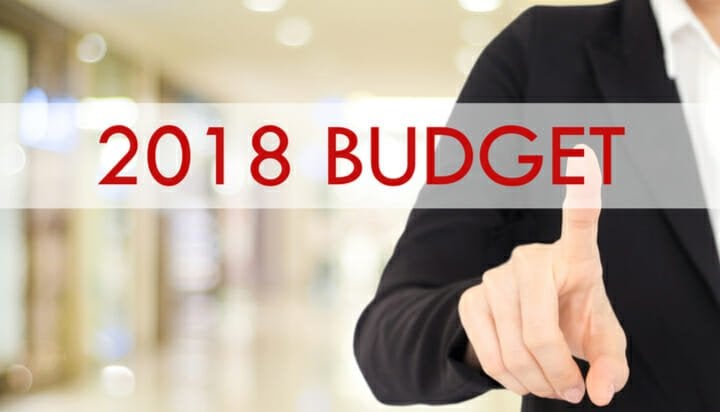 The energy sector has responded to the Chancellor Philip Hammond’s Budget announcement made yesterday afternoon.

James Court, Policy and External Affairs Director at the Renewable Energy Association, said: “It is frustrating that another Budget comes and goes, yet the opportunity for the UK to be a genuine leader in crucial future technologies slips by.

“Next to nothing in this budget will help build clean energy infrastructure we so desperately need and in parts actively harms the industry. Carbon prices frozen, tax allowances for energy products scrapped and a continued block to market for the cheapest forms of electricity.”

Government must not bury wider climate challenges
Steve Gray, CEO at Earthwatch Europe, said: “The environment was conspicuous by its absence in today’s budget. Of the few environmental announcements that were made, the Chancellor’s decision to tax the manufacture and import on plastic items containing less than 30% recycled material is a small step in the right direction.

“However, the government must not bury the wider challenge of tackling global climate change under topical measures to clean the oceans and the environment of plastic waste.”

Will breathe new life into oil and gas sector

Alan McCrae, Leader of Industry for Oil and Gas at PwC UK, said: “The measures announced in the Budget largely confirm earlier proposals and this will be warmly welcomed by the oil and gas industry.

“The introduction of a transferable tax history mechanism for oil and gas companies should help facilitate the numbers of deals taking place and help breathe new life into the sector by making it more attractive to new investors. This will help protect and create jobs and increase investment in both the industry and local economy.”

Food waste is being forgotten

Charlotte Morton, CEO of the Anaerobic Digestion & Bioresources Association, said: “We were disappointed that the Budget did not confirm a commitment to introducing universal food waste collections in England or any further funding support to encourage local authorities to introduce these where they haven’t already done so.

“We strongly urge the Treasury, BEIS and DEFRA to ensure the forthcoming Resources & Waste Strategy includes these measures to help end the scandal of valuable organic materials being wasted in incineration or landfill – meeting our Carbon Budgets depends on it.”

Energy UK’s CEO Lawrence Slade said: “We welcome the clarity government has provided on Carbon Price Support rates up to 2020-21. While it is not our preferred solution we are encouraged by the intention to maintain a carbon price signal in the case of a “no deal” Brexit scenario. Energy UK believes that maintaining a robust carbon price signal is critical to boost the confidence of potential investors in low-carbon generating technologies.”

Managing Director of the Consumer Choice Center, Fred Roeder, said: “The good news is that the UK Government dropped their plan for the ‘latte levy’ which would have penalised consumers who buy drinks during their commute or on the road. The bad news is that the Conservative government did not pivot from fighting against plastics to actually enforcing existing littering laws.

“The new plans to impose a tax on imported and locally manufactured plastic packaging will not significantly impact marine plastic pollution but only burden UK consumers with a new tax. Taxing plastic packaging penalises all consumers for the bad behaviour of a few who actually litter. Enforcing existing littering laws is the best domestic driver to lower the UK’s contribution to global pollution.”

Will Gardiner, Drax Group CEO, said: “I strongly support the Chancellor’s decision to strengthen the total carbon price until at least 2021 – it provides investors with certainty and is a critical factor in ensuring an end to the use of coal in the power system, helping us to further decarbonise cost-effectively and cementing the UK’s leading role in tackling climate change.”