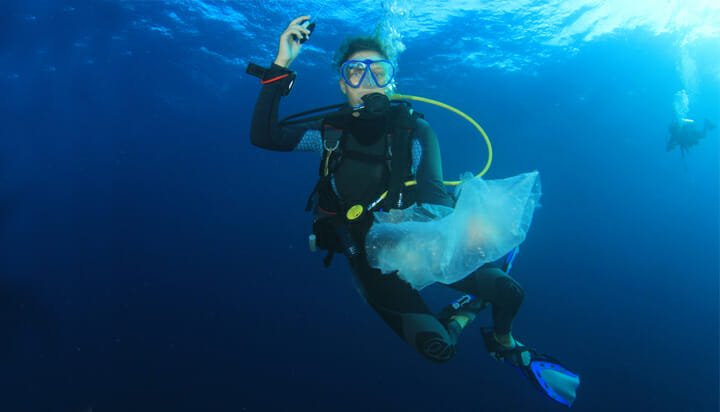 The UK Government has set out new proposals to cut red tape for divers who remove litter from the oceans.

It is seeking to exempt divers – who retrieve rubbish such as plastics or abandoned, lost or discarded fishing gear during a dive – from the current requirement to have a marine licence.

The Department for Environment, Food & Rural Affairs (Defra) said stakeholders are concerned the requirement to obtain a marine licence and the rising cost of such a licence risks deterring divers from undertaking such voluntary removal activities “which deliver a clear public benefit”.

Harbour authorities also use vehicles and vessels to remove marine debris and litter from their areas and under current arrangements, they are permitted to take action to remove objects that present an immediate risk of obstruction or danger to navigation.

These powers currently do not apply to marine litter where it does not pose any obstruction or danger to navigation.

The government is therefore proposing to permit harbour authorities to carry out activities to remove marine debris such as plastic bottles and fishing gear.

“We want to make it easier for divers and other sea users to play their part, which is why we are looking at how we can cut red tape while still maintaining the highest protections for our precious marine life.”

The government, which recently said it would ban plastic straws, stirrers and cotton buds within a year in England, is running a consultation until 14th December 2018.