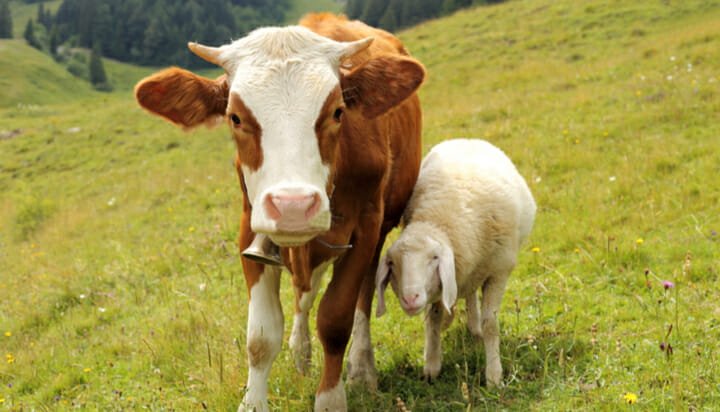 The number of sheep and cows grown for food consumption across the UK should be cut by up to 50% to help reduce methane emissions and tackle climate change.

That’s the suggestion made in a new report from the Committee on Climate Change (CCC), which calls for a diversification of land use away from beef and lamb production, which it claims are responsible for most farm-based greenhouse gases.

The CCC recommends farm subsidies should be used to increase the proportion of land covered in forest from 14% to 19%, as well as to restore peat bogs – it argues these steps would help maximise the effectiveness of woodlands and wetlands as carbon sinks.

The report predicts an increase in the number of pigs and chickens being farmed, because they produce less methane.

The CCC says climate change is already changing the landscape. it says as UK temperatures have risen by 0.8°C over the last 40 years, farmers have made the impacts worse, with much of the environmental damage driven by intensive food production.

The CEO of the CCC, Chris Stark, said: “Climate change is going to change the way the UK looks and we also have to alter the way we use land so we don’t make climate change worse.

“Brexit offers the government the opportunity to introduce fundamentally new policies that will reward farmers for producing less greenhouse gases and for capturing carbon emissions.”