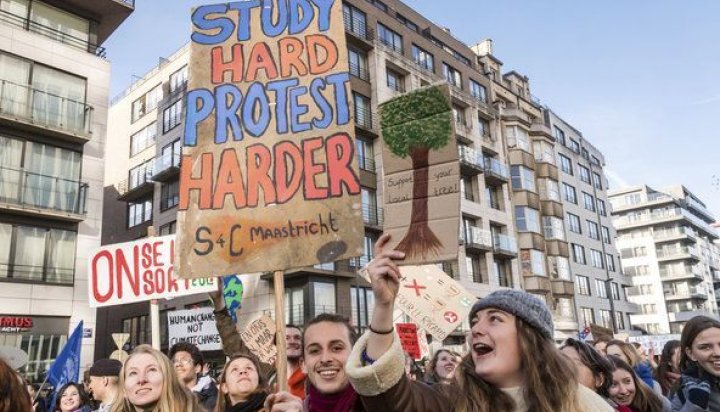 Thousands of students across the UK are today skipping school to protest against climate change.

In 40 towns and cities, the Youth Strike 4 Climate movement is taking to the streets to fight against what they claim is a lack of action from the government in preventing global warming and emissions.

It has already been taking place around Europe and the rest of the world in the last few weeks.

In the UK, students are demanding the government declares a ‘state of climate emergency’ and change the school curriculum to include education about the effects of climate change.

Campaigners are also calling for young people to be more included in the discussion surrounding global warming, as well as for the voting age to be lowered to 16.

Organised by the UK Student Climate Network and the UK Youth Climate Coalition, the movement is inspired by Greta Thunberg, a Swedish 16-year old who skips school every Friday to protest outside the Swedish Parliament.

Sadiq Khan yesterday pledged to double a £23 million scrappage scheme designed to help those in financial need upgrade their cars to greener options.