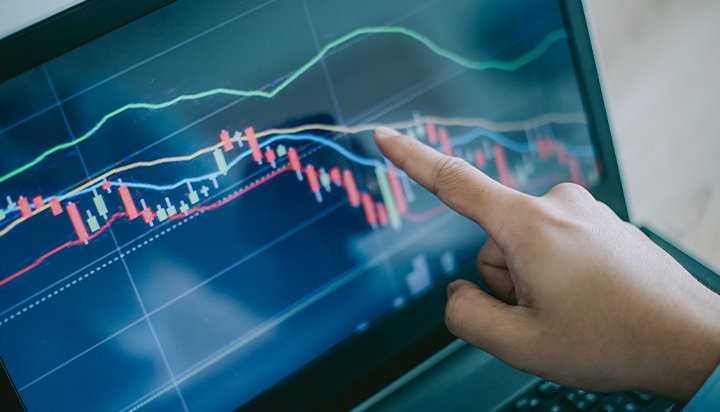 Given the announcements of the past year and my voyeuristic attendance of Utilitywise’s AGM in 2018, I’m not surprised by the company’s collapse, but still I feel sorry for the customers.

Why do businesses need energy brokers? This was the question I asked myself when I started my company in 2009. The answer, I realised, was because the business of understanding and choosing energy deals is not as easy as is seems. Business owners are happy to give away a small margin if it means not dealing with multiple suppliers and having to understand the different options and contract terms. So as long as you could put the customer first you could and still can provide a service that was valued and needed by small and large businesses alike.

A year ago I came across a video from Warren Buffett giving a speech to young entrepreneurs in which the central message was always put the customer first and the rest would take care of itself (see https://hoanmdo.com/2018/05/07/warren-buffett-timeless-and-fool-proof-advice-for-entrepreneurs/).

When I saw it, I felt vindicated in my own business pursuits. I always try to give honest advice and the very best service to customers, irrespective of the cost to me or my business. Long term it has brought me success, but more importantly, success I can be proud of. “A genuine desire to delight the customer” as Buffet says. Today many of my customers, I’m proud to say, are my friends. Today when I go into a retail store or restaurant, I always look at the customer service as it tells me a great deal about the overall business, not just about the person serving me.

I came across Utilitywise many times over the years as they flooded the market with telesales operators, and on several occasions called my offices offering me cheap energy! When I met customers who had signed with Utilitywise they had often signed long term deals (3-5 years). A couple of years ago I was playing golf at my local club and with a chap who owned a local bakery. He told me he’d signed a long term deal with Utiliywise and wondered if he did the right thing. I stayed neutral and said “should be fine.” In fact, sometimes it was a good idea but very often it was not. There was no problem with Utilywise doing this if they thought it was best for the customer.

Over the last year Utilitywise’s stock began crashing so I began following their company announcements more closely. I wanted to know where the company was going wrong. It seemed to me from the announcements that they had a policy of paying sales staff upfront commission on any fixed energy deal they got the customer to sign. So, the longer the deal the more commission earned by the salesman. This seemed ludicrous to me from a cashpoint perspective as it meant paying the sales person upfront, before commission from the supplier was received. Ironically, the scandal ridden former AIM darling Quindell had operated similar practices in its energy services division a few years earlier.

So why does this practice cause such a financial mess? Well its simple, greed. Sadly, sales staff that are incentivised in this way have a vested interest not only to sell long term deals to customers, but more worryingly maximise the commission (which many suppliers don’t cap unless you ask them) as the sale person knows they get paid upfront. Picture this a twenty year old from South Shields, probably in his first job, might end up earning £20k in a single month. Then there is a domino effect as the salesperson next to him wants to do the same and anyone else coming in does the same and so on and so on. It creates a culture in the company to sell as high as possible and for as long as possible.

However, by Utilitywise’s own admissions they were finding that once the contracts came up for payment from the suppliers, the suppliers started to push back on the payments. Why? Because it turns out the suppliers were discovering that the contracts were not bona fide. The levels of usage and/or energy spend were inflated by many multiples and therefore so were the commissions based on the energy usage/spend. In one instance a supplier requested the return of many millions of pounds of commission once they began to discover the inflations. The salesperson(s) though could have been paid out up to a year prior and may no longer be with the company having pocketed a nice windfall. Certainly, the horse may well have bolted and all Utilitywise was left with a hole in their accounts. Turns out the hole was a canyon.

When I attended the AGM in 2018, I asked the board if they were stopping the practice of paying sales staff this way as it had clearly caused some, if not all, of the financial issues that were now hurting the company. I was shocked by their response which was to say “no.’ Instead they decided they would audit their sales teams’ contracts more carefully to make sure that the numbers in the contracts were accurate. Basically, they were just keeping a closer eye on the sales team. When I probed further, they said they could not abandon the policy because they needed to keep up with the local competition and the sales staff might jump ship if they didn’t! The local competition might be the next big scandal in this market, but we can that park that here for now.

In all of this ask yourself where were the interests of customer being placed. What is interesting is that the marketing team at Utilitywise always put out some very nice customer friendly literature over the years targeting schools, care homes and small businesses. Certainly, in a sales process of this nature the interests of the customer can get lost. For any entrepreneur the advice at the top of my list is place the customer first every time and every chance you get.

Placing the customer first is not only the best thing for the customer, but it provides and promotes better internal business practices in the long term. It ensures you hire the right people because employees at any level that don’t recognise or value the customer are not the employees you want in your business anyway. As Buffet says, if you have a “desire to delight the customer” then you can’t go wrong.

At Pulse, we are always keeping a close eye on the energy market, please Contact Us to get a detailed overview on how to get the best energy savings.
https://pulsebusinessenergy.co.uk
Pulse Business Energy
31, Wootton Street – London – UK – SE1 8TG
Phone: 0333 7000 250
E-mail: [email protected]