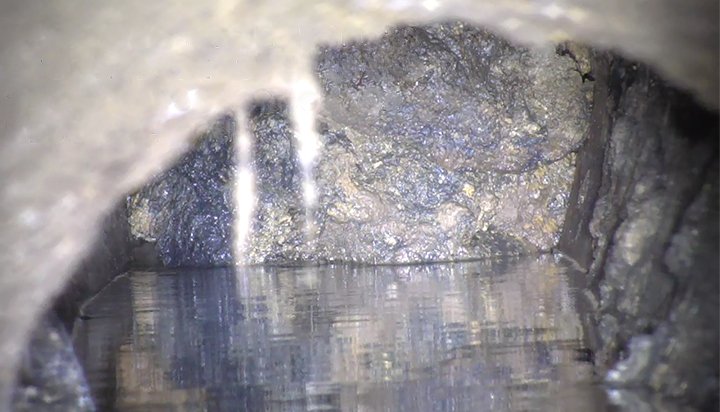 A 90-tonne fatberg – equivalent to the weight of around 13 African elephants – has been found in a sewer in Liverpool.

United Utilities says it is the biggest ever fatberg discovered in the North West, measuring a whopping 84 metres.

The fatberg is formed of a congealed mass of fats, grease, oil, wet wipes, sanitary products and other items that shouldn’t have been flushed down the toilet or poured down the sink.

These items are said to contributing to more than 25,000 sewer blockages in the North West every year.

The water company adds the blockage under Birchall Street wouldn’t budge with traditional high-powered water jets, therefore a team of sewer engineers are taking on the stomach-churning job the old fashioned way – using picks and shovels.

It’s expected to take up to eight weeks of chipping before the rock hard fat is fully removed.

Once the chunks of fatberg have been removed from the sewer, they will be sent away for recycling into biofuel.

United Utilities is urging consumers to do their bit and help fight the fatbergs.

The company said: “Simply spread the word to only flush the 3Ps – pee, paper and poo down the toilet and not pouring fats, oil and grease down the drain.

“Fatbergs block our sewerage system which can wreak havoc in homes and businesses. These blockages stop sewage passing through the pipe – eventually forcing the wretched smelly gunk back up to escape wherever it can onto roads, gardens and homes.”