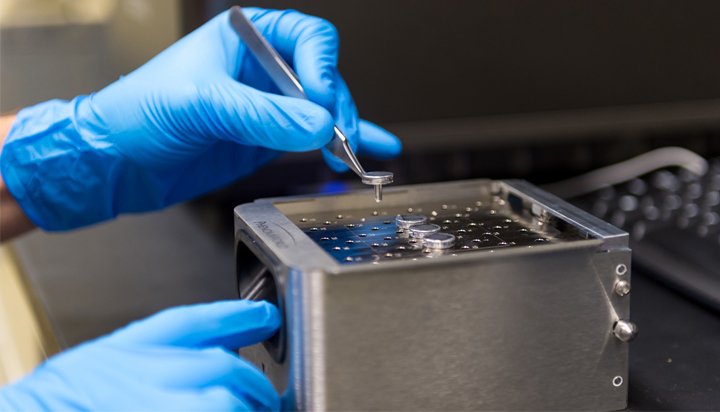 The US Department of Energy (DOE) has announced the opening of a new battery recycling centre at the Argonne National Laboratory in Illinois.

The ReCell Centre aims to reclaim and recycle critical materials such as cobalt and lithium from battery technology, with a focus on cost-effective recycling processes to “recover as much economic value as possible”.

According to the centre, materials from lithium-ion batteries can be reused in new batteries, reducing production costs by 10% to 30%, which could help lower the overall cost of EV batteries to the DOE’s goal of $80 (£61)/kWh.

Daniel R Simmons, Assistant Secretary of DOE’s Office of Energy Efficiency and Renewable Energy (EERE) said: “ReCell brings our national laboratories, the private sector and universities together to develop advanced technologies that safely and cost effectively recycle lithium-ion batteries. ​This centre will create jobs and create a national supply of lithium-based battery materials, as well as spur the adoption of an affordable electric vehicle economy.”

The Department of Energy has also launched the Lithium-ion Battery Recycling Prize for entrepreneurs to find innovative solutions to collecting, storing and transporting discarded batteries for recycling.

It is offering cash prizes totalling $5.5 million (£4m) under three phases designed to accelerate the development of solutions from concept to prototypes.

The goal of the recycling centre and the competition is to develop technologies to profitably capture 90% of all lithium-based battery technologies in the US and recover 90% of the key materials from the collected batteries.

Currently, lithium-ion batteries are collected and recycled at a rate of less than 5%, according to the government.