It is expected to treat 545,000 tonnes of non-recyclable waste a year 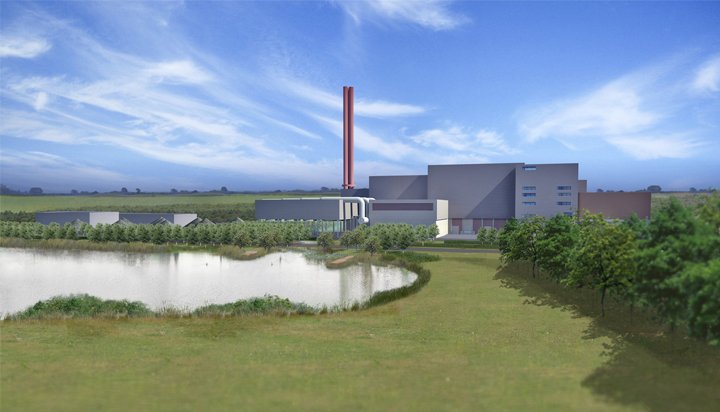 An artist's impression of the facility. Image: Green Investment Group

A new waste to energy plant planned in Bedfordshire has reached financial close and will commence construction.

The Rookery South Energy Recovery Facility is expected to have the capacity to treat 545,000 tonnes of non-recyclable waste annually, generating more than 60MW of electricity which will be sold to the grid – equivalent to powering more than 112,500 homes.

More than 300 jobs are estimated to be created during the construction period.

The project is being developed under a partnership between the Green Investment Group (GIG) and Covanta, with each company owning 40% of the plant and primary waste supplier Veolia, owning the remaining 20%.

Ed Northam, Head of GIG Europe said: “GIG and Covanta have an ambition to deliver a joint portfolio of world class waste management infrastructure hat will reduce landfill, lower emissions and transform two million tonnes of residual waste a year into heat and power for communities and industry across the UK.

“GIG’s mission is to accelerate the transition to a greener global economy and I believe Rookery can play an important role in helping the UK meet its goal of maximising the value of our resources to create a cleaner, greener, healthier planet.”

The facility is scheduled for completion in 2022.