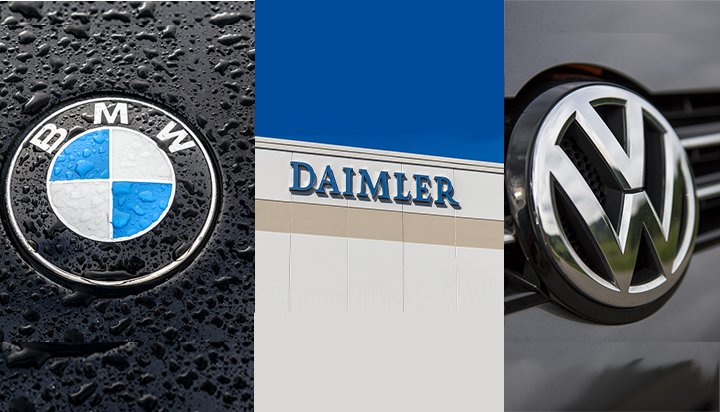 The EU has accused BMW, Daimler and Volkswagen of colluding to restrict competition on the development of technologies to clean the emissions of polluting cars.

The Commission’s preliminary view is the three car manufacturers participated in a collusive scheme, in breach of EU competition rules, to limit the rollout of emissions cleaning technology for new diesel and petrol cars sold in the European Economic Area (EEA) between 2006 and 2014.

The Commission adds the car manufacturers’ behaviour restricted competition on innovation for these two emissions cleaning systems and in doing so, denied consumers the opportunity to buy less polluting cars, despite the technology being available.

The Commission has sent Statement of Objections to the three manufacturers, which it sas does not prejudge the outcome of the investigation.

Daimler, which alerted the collusion to the regulator, said it is awaiting formal notification and added it does not expect to be fined as a result of the information.

BMW said it regards these proceedings “as an attempt to equate permissible co-ordination of industry positions regarding the regulatory framework with unlawful cartel agreements”.

It added: “Based on current knowledge, the Commission is specifically investigating whether German automobile manufacturers co-operated in technical working groups to restrict competition in development and rollout of emission-reduction technologies. From the BMW Group’s point of view, this situation cannot be compared with cartel investigations involving territorial and price agreements, for example.

“Fundamentally, the participating engineers from the manufacturers’ development departments were concerned with improving exhaust gas treatment technologies. Unlike cartel agreements, the whole industry was aware of these discussions – which did not involve any ‘secret agreements’ and did not intend any detriment to customers or suppliers.”

A spokesperson from Volkswagen said: “The Commission is investigating if antitrust violations in connection with the development and introduction of SCR systems and “Otto” particulate filters occurred for passenger cars which were sold in the European Economic Area. The manufacturers are not charged with any other misconduct such as price fixing or allocating markets and customers. The Commission also sees no evidence of a connection between these proceedings and the allegations regarding the use of illegal defeat devices.

“The Commission acknowledges the fact that co-operation between manufacturers on technical issues is widespread in the global automotive industry. After having investigating numerous other technical topics, which were discussed in the Circles of Five, the Commission stated last year that it ‘does not have sufficient indications that these discussions […] constituted anti-competitive conduct that would merit further investigation’. The proceedings were therefore limited to conduct relating to emission control systems only.”