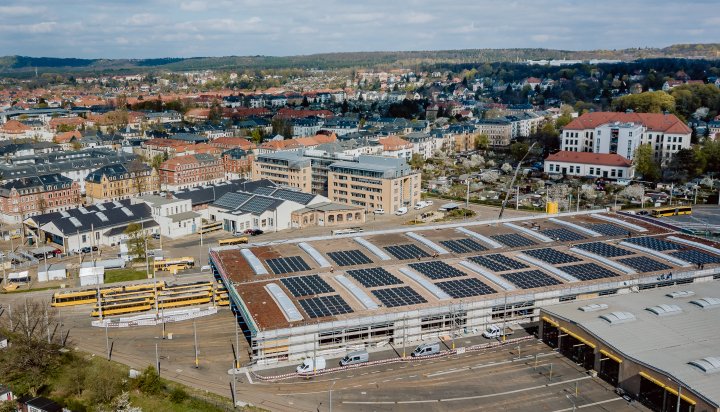 SOLARWATT has equipped a tram railyard in Dresden, Germany, with 1,000 solar panels.

The clean energy infrastructure is being installed on the roof of public transport operator Dresdner Verkehrsbetriebe’s (DVB) new Trachenberge railyard buildings and will offer a total output of 300kW.

The two new rail ports have been built to shelter vehicles and allow nightly maintenance and cleaning work to take place – previously, trams were parked outdoors after closing time.

The project, which is expected to be completed in the next few weeks, will see almost 100% of the electricity generated by the new system consumed by the company itself.

The solar panels being used were made within the city, reducing transportation costs and emissions.

SOLARWATT Managing Director Detlef Neuhaus said: “Together with DVB, we are demonstrating how self-consumption with solar energy can also be work in a large commercial enterprise.

“An in-house system not only saves costs, but also improves the energy efficiency of the entire company. So why leave any roof areas unused?”