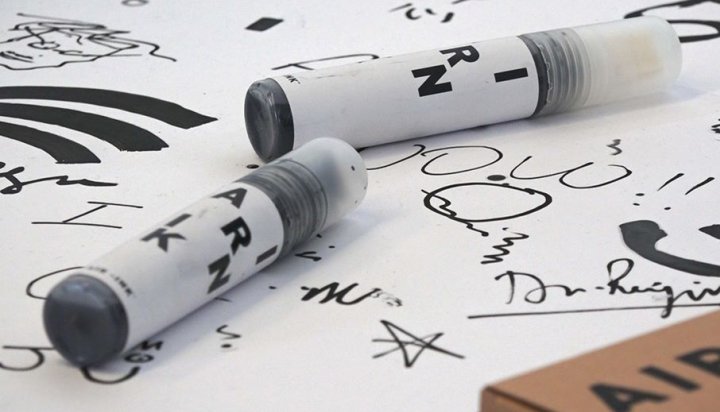 The concept of upcycling plastic waste or old clothing has been around for a while but a new startup suggests the idea can even be applied to air pollution.

The Graviky Labs group, which is made up of Massachusetts Institute of Technology (MIT) Media Lab graduates and is based in India, claims to have developed a method for creating ink made out of unburnt carbon soot from vehicles, chimneys and power plants.

The team created a device called a Kaalink which captures the soot being emitted and puts it through various processes to remove heavy metals and carcinogens, leaving behind a carbon-rich pigment.

The so-called Air Ink solution is then sold in pens – the company says it takes just 45 minutes worth of vehicle emissions to produce enough ink for a single pen.

The team said: “The process of creating Air Ink carefully detoxifies heavy metals and particle carcinogens from the soot or carbon.

“The pollutants which could have been in the lungs of millions of people are now beautifully resting as art.”