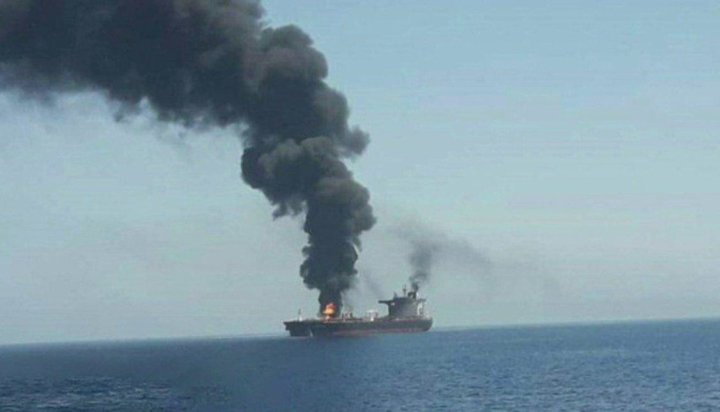 Two oil tankers have reportedly been hit by ‘torpedo attacks’ in the Gulf of Oman.

TradeWinds, a global shipping news website, has stated broking and ship agency sources suggest two tankers operated by Frontline and Bernhard Schulte have been damaged off the coast of Fujairah in the United Arab Emirates.

It says despite ‘successive explosions’ taking place on the ships, crews abandoned the vessels safely with no reported casualties.

The tankers caught fire after the suspected attacks.

Taiwan’s state oil refiner, CPC Corp, reportedly said the Front Altair was “suspected of being hit by a torpedo” – despite Iran’s Islamic Republic News Agency (IRNA) reporting that it had sunk, operator Frontline said it was still afloat.

Global oil prices have jumped by around 4.5% following the incident, which took place near the Strait of Hormuz, the only sea passage from the Persian Gulf to the open ocean and a vital strategic point for shipping and commerce.