They have helped reduce the use of 100,000 plastic bottles since September 2017 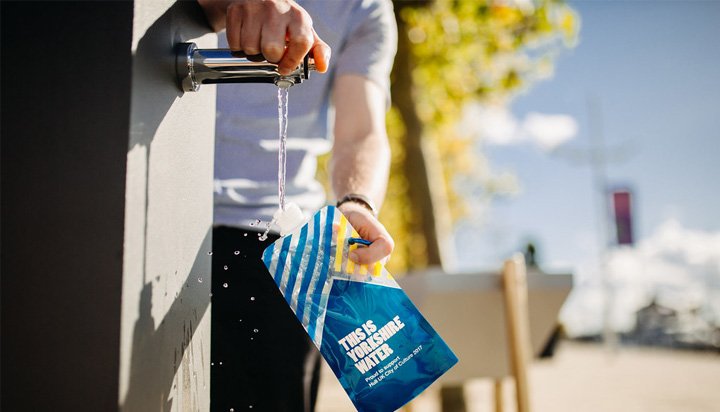 Water refill stations in Hull have proved a huge hit as the city has saved around 100,000 plastic bottles from going into circulation.

The three drinking fountains, located at King Edwards Square, Queens Gardens and the Marina, were launched in September 2017 by Yorkshire Water as part of its commitment to Hull UK City of Culture.

A survey from City to Sea found 85% of the public are concerned about the amount of plastic pollution and Yorkshire Water’s recent poll revealed 70% of people prefer tap water.

Numerous refill schemes have since been set up in Yorkshire, encouraging retailers to allow customers to refill their reusable bottles for free.

Last year, there was a boost in the number of refill stations in Hull, following an action day by Refill Hull with City of Culture and Yorkshire Water volunteers, with an estimated 127 new stations added in a few hours.

Councillor Daren Hale, Deputy Leader of Hull City Council, said: “These water fountains have been a fantastic addition to our city centre, offering not only fresh drinking water but helping to reduce litter from discarded bottles as well as promoting a free and healthy option for visitors to the city.

“We hope to see more businesses sign up to the refill app and join the ones that are already providing free drinking water across the city centre.”