Norwegian ferry company Norled and the Weston shipyard have signed a contract for the construction of the new vessel, along with a battery-powered ship 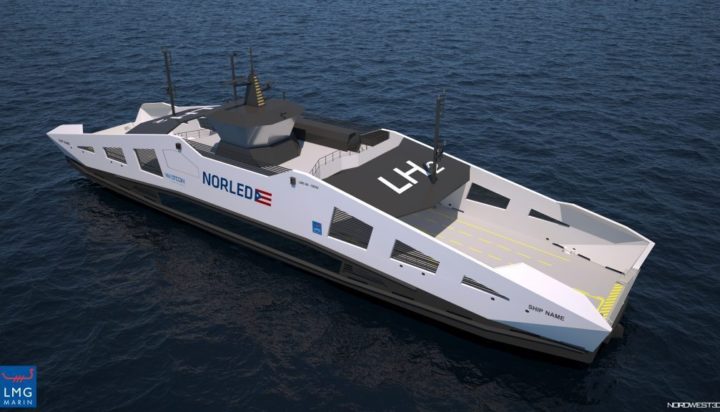 What is claimed to be the world’s first hydrogen-powered car ferry is expected to hit the water in Norway during 2021.

Norwegian ferry company Norled and the Weston shipyard have signed a contract for the construction of two new clean ferries – one will run on the clean gas, while the other will be battery-powered.

The new builds will both operate on the ‘Hjelmeland – Skipavik – Nesvik’ route in Ryfylket from spring 2021 and will be able to carry 299 passengers as well as 80 cars.

In 2015, Norled launched the world’s first battery-powered car and passenger ferry, christened the MF Ampere – it says hydrogen power has the advantage of increasing both range and speed.

Sigvald Breivik, Technical Director of Norled, said: “Our ambition is that the upcoming hydrogen ferry will become a new icon that will put Norway on the map to an even greater extent in maritime zero emission technology and where the project will demonstrate that hydrogen can be used on energy-intensive connections where battery technology falls short.”