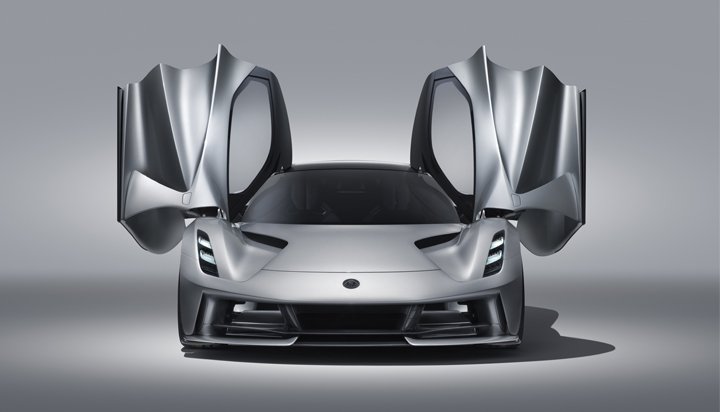 Lotus has unveiled its new all-electric British hypercar, the company’s first model with an electrified powertrain.

The Lotus Evija is expected to have a driving range of around 250 miles and charge up from zero to 80% in around 12 minutes on 350kW chargers and a full charge taking 18 minutes.

It is claimed to be the most powerful series production road car ever built and has a price tag of £1.5 million to £2 million.

Lotus says the set up of the battery has been designed in a way that allows future alternative battery packs, for example, to optimise track performance, to be easily installed.

Matt Windle, Executive Director, Sports Car Engineering, Lotus Cars adds: “With the Lotus Evija we have an extremely efficient electric powertrain package, capable of delivering power to the road in a manner never seen before. Our battery, e-motors and transmission each operate at up to 98% efficiency. This sets new standards for engineering excellence.”

Production of the new electric vehicle (EV) – which was designed and engineered at Lotus’ facility in Hethel, Norfolk – is limited to no more than 130 cars and is expected to begin in a new dedicated onsite manufacturing plant in 2020.

The company has also recruited an additional 250 engineers this year and is expected to create more jobs in the future.