Former Energy Minister Claire Perry has been appointed as President of COP26, the next UN climate summit 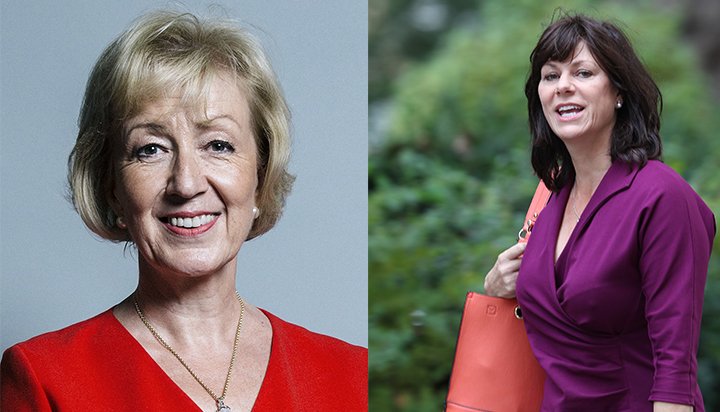 Former Energy Minister Andrea Leadsom is back to the Department of Business, Energy & Industrial Strategy (BEIS) as Secretary of State.

She replaces Greg Clark as Business and Energy Secretary and will have the overall responsibility for BEIS, including energy, business, science and innovation.

The announcement was made after new Prime Minister Boris Johnson, who said Britain is leading the world in battery technology, sacked more than half the cabinet yesterday.

Ms Leadsom previously served as Energy and Climate Change Minister from May 2015 to July 2016 as well as Environment Secretary from July 2016 to June 2017.

She said: “It’s a great honour to be appointed as Secretary of State for Business, Energy and Industrial Strategy, supporting UK businesses as we make our way in the world once we’ve left the European Union and of course also tackling the vital issue of global climate change and I really look forward to getting stuck into the work.”

Former Energy and Clean Growth Minister Claire Perry has been appointed as President of COP26, the next UN climate summit.

She tweeted: “Delighted to accept new PM’s offer to become COP26 President working closely with him but in order to do the job properly I suggested that I relinquish the broader Clean Growth and Energy portfolio and he has agreed.

“It’s been such a privilege to work with so many amazing civil servants in @beisgovuk to deliver the Clean Growth Strategy, the PPCA [Powering Past Coal Alliance], Smart export [guarantee], offshore wind deal and COP26 bid. Thank you.”

The prime minister’s brother, Jo Johnson, along with Kwasi Kwarteng MP, have also been appointed as Ministers of State at BEIS.

Meanwhile at the Department for Environment, Food & Rural Affairs (Defra), Michael Gove has been moved from his role as Environment Secretary to become Chancellor of the Duchy at the Cabinet Office.

Theresa Villiers MP has been appointed as Secretary of State at Defra.