They have written to the new prime minister, urging him to commit to ramp up the policies and investment needed to get Britain on track to reaching its 2050 net zero target 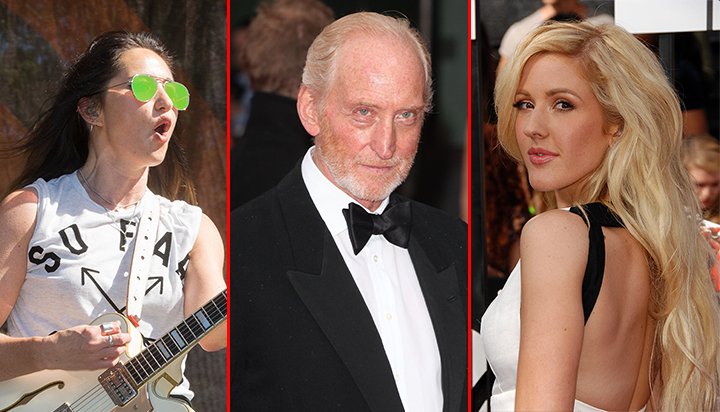 A group of celebrities, including singers Ellie Goulding and KT Tunstall and actor Charles Dance, are calling on Boris Johnson to make tackling the global climate emergency “a top priority”.

In a letter to the new prime minister, the celebrities – which also include actors James Norton and Iwan Rheon, musician Jack Savoretti and film director Stuart Rideout – urge him to commit to ramp up the policies and investment needed to get Britain on track to reaching its 2050 net zero target.

The programme also includes a commitment to ban the sale of fossil fuel cars by 2030 – rather than the current 2040 goal – and accelerate the rollout of chargers, triple solar and wind generation by 2030 and embark on a programme to re-forest and rewild Britain to protect nature and soak up carbon emissions.

The letter – organised by The Climate Coalition of green NGOs as part of its The Time is Now campaign – states: “There is no greater risk to life on earth than climate change. Taking ambitious action to end our contribution to climate change is essential to protect all species and the ecosystems that we all depend upon for arrival.

“The UK, which led the Industrial Revolution, must now lead the clean energy revolution.

“The Time is Now to make that commitment to the UK and the world.”

A BEIS spokesperson said: “We are leading the world in tackling climate change, going further and faster by becoming the first major economy to pass new laws for net zero emissions by 2050.

“Already we have cut emissions faster than any G7 country and we will continue to embrace the opportunity of clean growth for the UK – including through our important bid to host crucial international climate talks next year.”