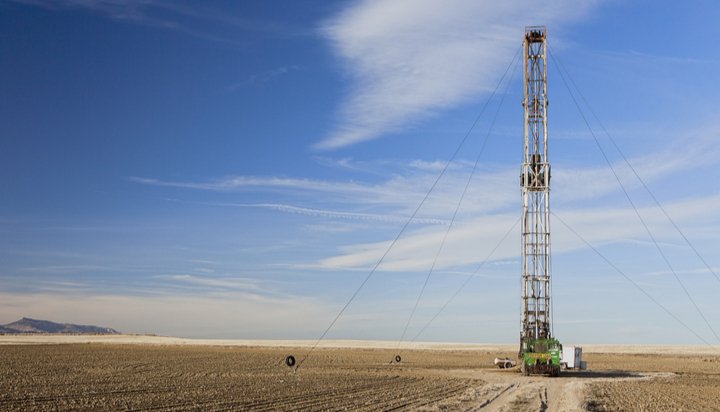 The fracking of shale gas is causing atmospheric methane levels to spike.

That’s the claim made in a new study from Cornell University, US, where researchers believe rising levels of the potent greenhouse gas are linked to emissions from the shale oil and natural gas industry.

They analysed methane in the atmosphere and noted an increasing amount is made from the carbon-13 atom, a type of carbon often found in natural gas extracted from shale formations – they say this acts as a ‘chemical fingerprint’ to show where the gas originated from.

The researchers claim atmospheric levels of methane started to significantly increase in 2008, rising by 570 billion tonnes that year and soaring by another 595 billion tons in 2014 – they say this coincides with horizontal drilling and hydraulic fracturing becoming more popular methods of resource extraction at these times.

They highlight that although methane is a much more potent greenhouse gas than carbon dioxide, it breaks down more quickly. meaning it will dissipate relatively rapidly if it stops being released into the atmosphere though leaky infrastructure and shale gas being burned.

“The core tenet of the paper is that increases in global methane abundance have primarily been driven by shale gas production, based on the assumption that shale gas is ‘biogenic’ in nature. Regrettably for its author, academics from Royal Holloway, Cambridge, Bristol and other leading universities recently came to the conclusion that the evidence does not support this theory. Specifically in the case of the UK, they have stated that isotopic analysis of the core samples and gas flow data have confirmed that the resource has a distinct ‘thermogenic’ character.

“In reality, this failure to accept their conclusions, and recent literature which has shown that increases in atmospheric methane concentration have been primarily driven by biogenic sources, means that the study has disregarded 90% of publicly available literature to come to its conclusion. Had the author concluded that coal methane emissions – which do identify as biogenic in many cases – had driven the increase in global methane abundance, there would have been a better case.”

Cuadrilla has confirmed it has resumed fracking operations at its Preston New Road site in Lancashire today.